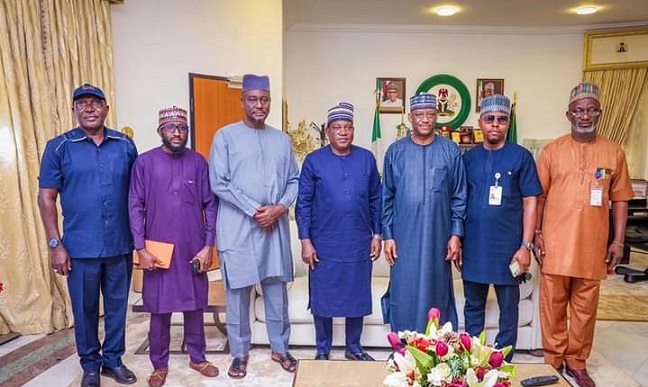 Plateau State Governor, Simon Bako Lalong has challenged the Jos Electricity Distribution Company (JEDCO) to work hard towards ensuring that power is extended to the central and southern districts of the state.

The Governor said this when the management of JEDCO paid him a visit at the new Government House, Little Rayfield, Jos.

A statement, Wednesday, by the Lalong’s spokesperson, Dr. Makut Simon Macham said the governor who appreciated the visit of the new Managing Director (MD) quoted him saying “lack of power has been a challenge to the industrial development of the State particularly in the areas of agro-processing.”

According to the statement, Lalong said the Plateau State Government has continued to work with the Federal Ministry of Power, TCN, and the distribution company to ensure that all obstacles are removed towards connecting the whole State to the grid.

The Governor assured the MD of his support towards ensuring that power is distributed adequately and throughout the State.

In his remarks, JEDCO MD, Engr. Bello Abdu Muhammed said his visit was to formally pay courtesy to the Governor and intimate him about his assumption of office as well as seek his support.

He told the Governor that he has been briefed about the power challenges facing the Government House which he said will be addressed in conjunction with the relevant staff of the Government.

The statement added that Engr. Muhammed also promised to support the Government in connecting more towns and villages to electricity as a way of boosting economic activities.