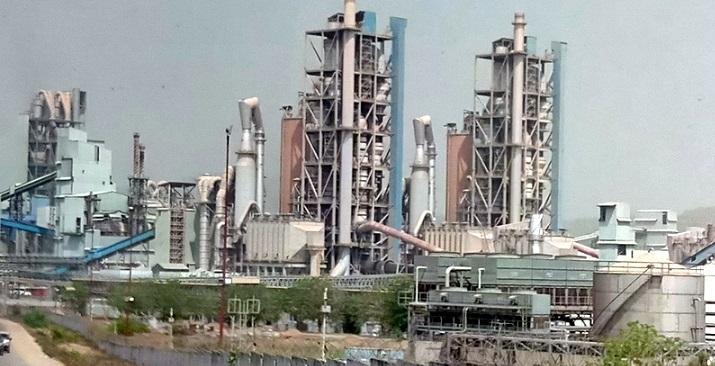 A Federal High Court, Abuja, on Wednesday, restrained the Kogi government from shutting down Dangote Cement PLC in Obajana area of the state.

The News Agency of Nigeria (NAN) reports that the Kogi government and Dangote group had recently locked horns over the ownership of Obajana cement factory.

The state government had, on Oct. 13, gave the cement factory at Obajana i48 hours to shut down in honor of the Kogi House of Assembly which ordered the company to seal until the conglomerate furnishes it with the requisite documents demanded by the legislature.

But the companies, in a motion ex-parte with suit number: FHC/ABJ/CS/1876/22, had sued the Kogi House of Assembly, Attorney-General and Commissioner for Justice, Federal Ministry of Mines and Steel Development and Mining Cadastre Office as 1st to 4th defendants respectively.

The applicants in this suit include Dangote Coal Mines Ltd and Dangote Industries Ltd.

Also in the second motion marked: FHC/ABJ/CS/1877/22, all the defendants in the first application, except Corporate Affairs Commission (CAC), were listed as defendants.

The applicants, in this case, are Dangote Cement PLC and Dangote Industries Ltd.

Dangote group prayed for “an order of interim injunction restraining the defendants/respondents or any person purporting to act on their behalf from extending the exercise of the defendants’ oversight functions outside the concurrent and residual legislative list and unto the executive-legislative list of the 1999 Constitution (as amended) pending the hearing and determination of the motion on notice.”

It also prayed for an order of interim injunction restraining them or any person purporting to act on their behalf from making any resolution or order, disrupting, suspending, or shutting down the facilities or activities of the applicants anywhere in the state in contravention of the provisions of Section 4(2) and item 32 of part 1 second Schedule of the 1999 Constitution (as amended).

Besides, it sought an order of interim injunction restraining them from further giving effect to any resolution, declaration, or decision purporting to suspend the activities of the applicants in the state in contravention of the 1999 Constitution.

When the matter was called, Okotie-Eboh, who appeared for the companies, informed the court of the motions.

The lawyer said the crux of the matter was the restriction of the operations of the applicants and the invasion and disruption of the business by the defendants.

She argued that the closure of the cement factory by the defendants would affect the production of cement in Nigeria and put thousands of jobs at risk.

Okotie-Eboh alleged that the state’s house of assembly and its commissioner for justice disrupted cement production despite the fact that they did not have the power to do so, adding that the commissioner also threatened to invade the company again.

She, therefore, sought an order of the court preserving the res (subject matter) pending the hearing and determination of the substantive suit.

Justice Nyako, who granted the reliefs sought, ordered the applicants to serve the defendants with the motions on notice within 14 days and adjourned the matter until Nov 21 for hearing.