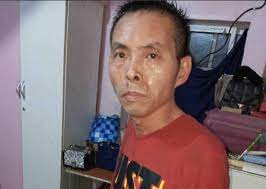 The case was earlier adjourned due to the absence of an interpreter as Mr. Geng Quangrong claimed do not understand English.

At the resumed hearing, the state counsel led by the Kano State Attorney General, Musa Abdullahi Lawal, presented the court with an interpreter courtesy of the Chinese Embassy in Nigeria, Mr. Guo Cumru.

He said sequel to the adjournment of the trial over the absence of an interpreter, the ministry wrote to the embassy and they availed them with Mr. Cumru.

The court, therefore, asked Mr. Cumru to affirm before the court to interpret from English to Chinese to the accused person.

The prosecution counsel then filed an application for the trial of the accused person under Sections 123 sub 1a of the Administration of Criminal Justice Law (ACJL) of Kano State.

“That you, Mr. Geng Quangrong of railway quarters in Kano, on the 16th of September 2022 about 21:00, went to a house at Janbulo Quarters of Gwale Local Government Area of Kano, did commit culpable homicide punishable with death.

“That you caused the death of Ms. Ummukulsum Sani Buhari of the same address by stabbing the said Ummukulsum on different parts of her body with a knife with the knowledge that her death will be the probable consequence of your act, thereby committing an offense 221(b) of the penal code law as amended.”

The accused person, however, denied the charge leveled against him.

The Attorney General prayed the court to adjourn the case by two weeks to enable them to tender witnesses on the 14th, 15th, and 16th of November.

Defense counsel led by Muhammad Balarabe Dan’azumi however objected that it wasn’t convenient for him, seeking another date.

The prosecution counsel moved a motion that the interpreter comes from Abuja and should be considered.

Therefore, the judge, Sunusi Ado Ma’aji adjourned the case to the 16th, 17th, and 18th of November for further hearing.