Brazilian women may decide who will be the next president 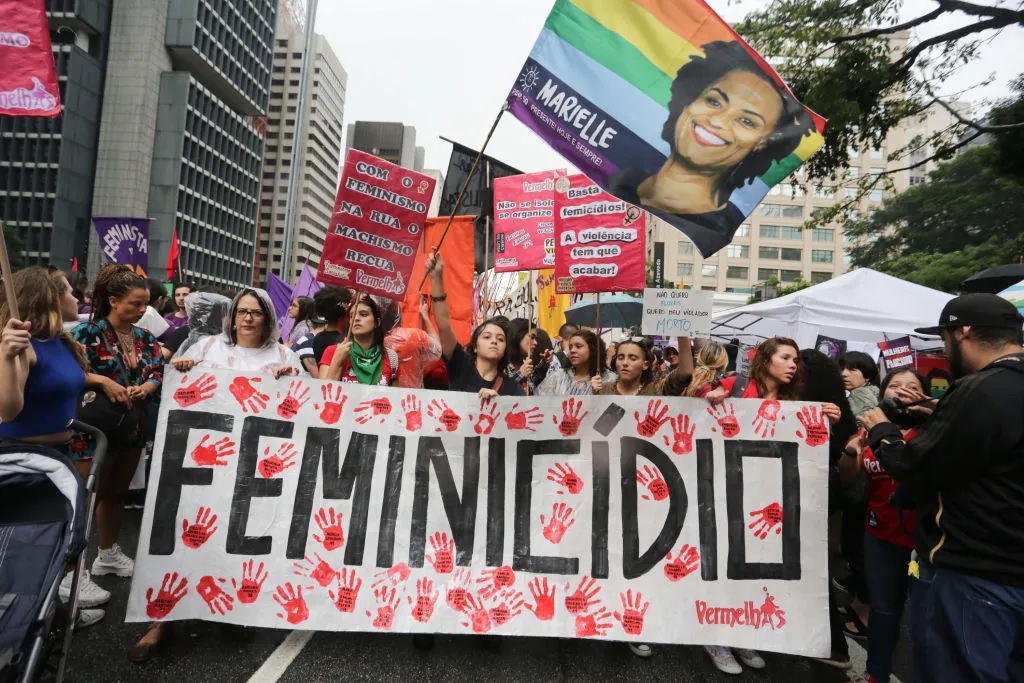 On Sunday, Brazilian voters will decide who will be their president for the next four years — and polls and experts suggest women will be key in determining the outcome.

This time round, the electronic voting machines will show the names of just two candidates, as decided by the first round of the election on October 2nd: former president Luiz Inácio Lula da Silva of the Workers’ PartyLh and current president and candidate for the Liberal Party, Jair Bolsonaro.

In the first round, Lula da Silva received 57.2 million votes (48.4% of the total), 1.8 million less than what was needed to reach the 50% threshold for victory.

Bolsonaro got just over 51 million votes (43.2% of the total), and in a distant third place came the most prominent woman to run in the election: Simone Tebet of the Brazilian Democratic Movement party, with almost 5 million votes.

Polls had predicted Bolsonaro’s performance to be lower ahead of the first round, but they were, within the margin of error, accurate in the percentage of votes that Lula da Silva could receive.

Now, in this final stage of a deeply polarized contest, some of the research institutes that conduct these polls are drawing attention to the choices being made by women voters.

Women make up 51.1% of the Brazilian population and represent 53% of the electorate. Put another way, there are more than 8 million more women voters than men.

In previous years, experts say this difference would have mattered less to presidential candidates. According to anthropologist Rosana Pinheiro-Machado, Professor in the School of Geography at University College Dublin in Ireland, the core of Bolsonaro supporters remains men and until recently, Brazilian women were less engaged in politics and often simply voted as their husbands did.

“That started to change since the feminist spring in 2015, with the internet and the popularization of feminism on TV, on the radio, in schools, when politics became a topic talked about among all women,” says Pinheiro-Machado, who researches both the growth of the far-right and feminism in Brazil’s marginalized communities.

The result of this growing political consciousness among women, Pinheiro-Machado explains, is growing opposition to Bolsonaro from women and especially poor women, following the rise in hunger and poverty during his presidency.
“The resistance to Bolsonaro is the women of the poor neighborhoods,” she tells CNN.
Pinheiro-Machado’s analysis is supported by polling data. In a poll conducted by the Datafolha Institute between October 17 and 19, Lula da Silva leads among women.

The institute conducted more than 2900 face-to-face interviews with voters over the age of 16 in 181 municipalities across all regions of the country. Among those surveyed, 51% of women said they intend to vote for the former president, compared to 42% who said they will vote for Bolsonaro.

The need to attract women voters — and the displeasure with Bolsonaro among certain groups of women — is reflected in both Bolsonaro’s and Lula da Silva’s campaigns, where prominent women are being brought into the spotlight in order to appeal to voters.

Bolsonaro’s campaign counts on the participation of the first lady Michelle Bolsonaro and the evangelical pastor Damares Alves, who is the former Minister of Women, Family and Human Rights, and was recently elected senator.

Lula da Silva’s, in turn, has the backing of Simone Tebet and has increased the visibility of his wife, sociologist Rosângela da Silva (known as Janja), who has played an active role coordinating the campaign agenda and engaging in dialogue with supporters.

While polling data can be flawed, there are other socio-economic and cultural trends that can help illuminate how women might vote on Sunday.

According to the Marielle Franco Institute, created to expand the legacy of the Rio de Janeiro city councilwoman murdered in 2018, Black women are the largest demographic group in the country, mainking up more than 25% of the population.

This demographic is also overwhelmingly poor — and became even more so during the pandemic.

As such, anthropologist Pinheiro-Machado points out that, though it is difficult to say with certainty, it is highly likely that this group will support Lula da Silva.

The Datafolha Institute poll also found Lula da Silva to be ahead with people on the lowest family income, with 57 % saying they will vote for him, compared to 37% for Bolsonaro.
(CNN)

Tope Alabi grateful to God as she marks 52nd birthday