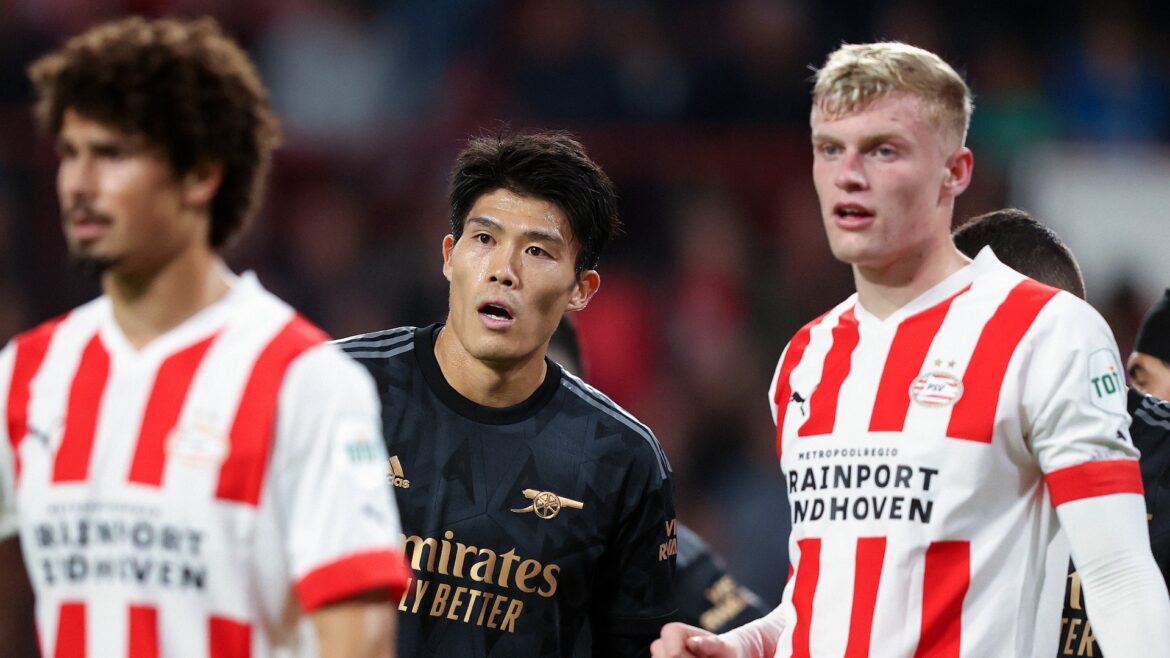 The Gunners missed a chance to win Group A in the Europa League as they were beaten 2-0 in Eindhoven.

Arsenal suffered only their second defeat of the season on Thursday night as they were beaten 2-0 at PSV in the Europa League.

The Gunners went into the game knowing they only needed a point to guarantee themselves passage through to the knockout stages as group winners and Mikel Arteta named a strong starting XI that included the likes of William Saliba, Granit Xhaka and Martin Odegaard.

But Arteta’s side were comprehensively outplayed by their Dutch hosts, who had two goals ruled out for offside during the first half.

But Arsenal were not so lucky after the interval, with the half-time introduction of Luuk de Jong proving to be a masterstroke by PSV boss Ruud van Nistelrooy.

The 32-year-old striker set up the first goal, which was wonderfully finished by Joey Veerman, and then he scored the second himself – heading home from a corner after a horrible error by Aaron Ramsdale.

The defeat means Arsenal now have to beat FC Zurich next Thursday night at Emirates Stadium to secure top spot in Group A, although a point will be enough if PSV fail to win at Bodo/Glimt.
(Goal)

Police to Investigate Alleged Killing of Officer by Colleague in Kebbi