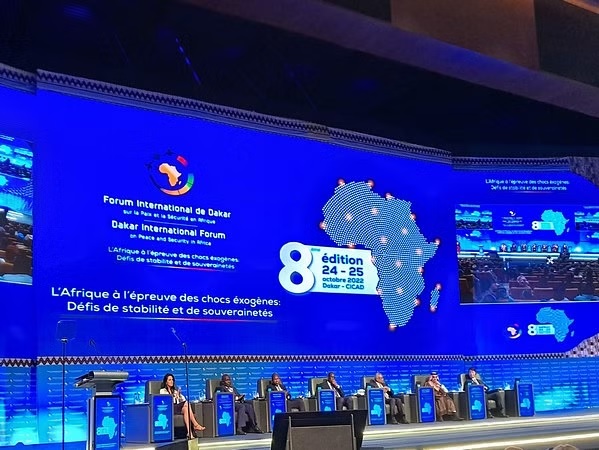 The 8th Dakar International Forum on Peace and Security in Africa has ended in the Senegalese capital.

The physical security of civilians in African states was at the heart of the exchanges.

Djimé Adoum, a former Chadian minister and current senior official in the Sahel, recalled how the continent should strengthen the capacity of its defence and security forces.

“People don’t necessarily need a foreign army to come and do this job, we have enough armed forces, we need three essential things, logistical support, intelligence, and training because it’s an asymmetric war but we need people to adapt to the new tactics of terrorism; and to be able to ensure that our defence and security forces have the necessary support when it comes to deploying the state and services, and we need to implement long-term projects”, said Djimé Adoum, High Representative of the Sahel Coalition.

The forum was held at the Abdou Diouf International Conference Centre (CICAD), built by a Turkish company.

The foreign ministers of Senegal and Turkey, Aïssata Tall Sall, and Mevlut Çavuşoğlu, took advantage of the second day to sign a cooperation agreement between the Antalya and Dakar international forums.

“The fact that these two forums join hands, work together and exchange good practices is a great advantage, at least for Senegal. I am convinced that we are going to draw a lot of benefits from this memorandum, because we are going to exchange, we are going to be inspired by the Antalya forum, we are going to have better practices,
I believe that this morning is one of the great days of this 8th forum in Dakar”, affirmed Aïssata Tall Sall, Minister of Foreign Affairs and Senegalese Abroad.

For the Senegalese Minister of Foreign Affairs, the challenge of events such as the Dakar International Forum is to create a space for states and their leaders to exchange and reflect, accompanied by experts, and thus give them the keys to act and make these reflections concrete in the future.
(Africanews)