APC Coalition Disassociates Self from Alleged Defection to PDP in Sokoto 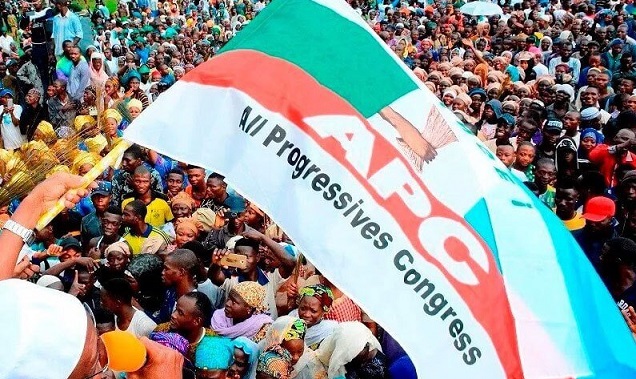 A Coalition of All Progressives Congress (APC) Supporters Sokoto state has disassociated itself from alleged defection to Peoples Democratic Party (PDP) in the state.

The group who were at NUJ Press Center on Wednesday for a conference said the rumor of their defection to PDP is false and baseless, adding that, the APC in Sokoto remains the most reliable and most formidable political party with the strength and strategies to work towards meeting the yearnings and aspirations of the people.

The Special Adviser Youth on students’ matters to Senator Aliyu Magatakarda Wamakko, Mr. Suleiman T Mahmoud while addressing journalists said youths globally boast of a higher percentage of the population and possess the capacity and intellectual prowess to make things happen especially in a political contest which is a game of numbers.

The progressive youths in Sokoto state need no introduction when it comes to the ability to change the narratives in the political arena, he added.

According to him, the coalition as people may be aware of loyal party youth groups with vast grassroots political experience and exposure spread across state who always protect the interests, promote the manifesto, and preach the ideology of APC to the electorates.

“We resolved to call this Press Conference today to intimate the public about an attempt by some unidentified persons that want to use our group to throw their weight behind the PDP in the state.

“We are aware of the heinous plans by some persons masquerading as the leadership of the group to make a formal declaration and support to the PDP.

“We wish to state categorically that those behind the move are persons being sponsored by the unpopular and failed PDP administration in the state.

“What is happening is a gang-up to ensure that we don’t succeed in our bid to dislodge the unpopular and failed PDP administration in Sokoto state.

“Those behind the plan were the agents of their paymasters who worked for them during the APC chairmanship tussle in the state.

“Alhamdullahi, they have failed woefully as APC under the watch and guide of Distinguished Senator Aliyu Magatakarda Wamakko, Sarkin Yamman Sokoto remains solid and unshakable

“Since then, APC is waxing stronger day by day under the chairmanship of Hon. Isah Sadiq Achida Turakin Achida.”

“There is no cause for alarm and we remain united in the struggle and we won’t be cowed down and we will not be distracted.

“We wish to express our disgust and wondered why these outsiders are so desperate to impersonate the group and destabilize the party.”