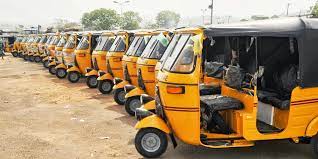 The suit filed by one Rabilu Musa and three others says KAROTA lacks the legal power to renew their riding permit and the seven metropolitan LGAs too lack such power to collect levies from their members.

In his judgment, Justice Nura Sagir having listened to both parties adjudged that the plaintiff’s case lacks merit and is accordingly dismissed.

Justice Nura Sagir said KAROTA has the power to carry out riding permit renewal exercise considering section 15 paragraphs that says; “Issue and maintain permits and any other levy chargeable for operating commercial vehicles within the state.”

The Presiding Judge described their suit as baseless and unmerited considering the fact that the defendants are proven to be working and being guided by the laws.

He concluded further that LGAs have the power under the “Local Government Taxes and Levies Harmonisation Law” to collect levies from tricycle operators.

In his response shortly after the judgment, the Managing Director of KAROTA, Baffa Babba Dan’Agundi appealed to the tricycle operators to continue to adhere to the state and KAROTA laws for the economic benefit of the state.