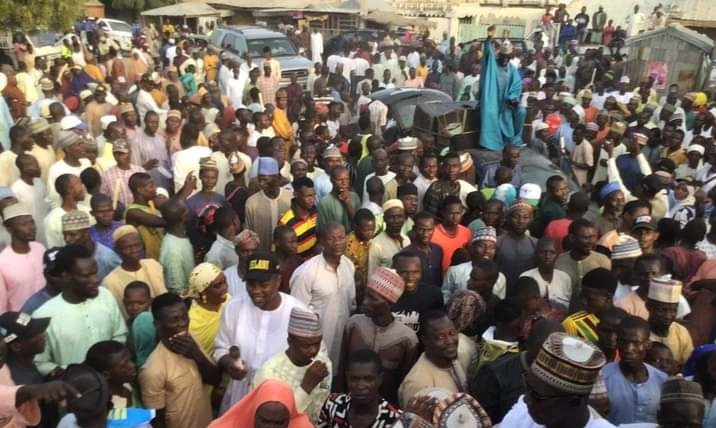 As politics is gathering momentum ahead of the 2023 General Elections, more Peoples Democratic Party (PDP) followers are defecting to the All Progressives Congress (APC) in Sokoto.

The party suffers another setback as its 15,000 members dumped the party for APC in Sabon Birni Local Government Area of the state,

According to a statement made available to journalists by the special adviser to the leader of the party, Senator Wamakko, the dacampees attribute their exit from the party to a lack of trust, transparency, and accountability.

Receiving the decampees at Sabon Birni town on behalf of party leaders in the state, APC Deputy gubernatorial candidate, Hon. Idris Muhammad Gobir, explained that PDP in Sabon Birni Local Government has become history looking at the multitude of its members that rejected the party for APC.

Hon. Gobir further said the state government under the watchful eye of Governor Aminu Waziri Tambuwal has failed to put in place any infrastructural development in the area for the past seven and half years.

He assured the new entrants that, APC will ensure the provision of social amenities in the area and in the state if elected into power come 2023 elections.

Other speakers during the occasion included the APC Chairman in the area, Alhaji Yawale Sulaiman Sarkin Baki, two members of the state House of Assembly representing the area, Hon. Sa’idu Ibrahim Neno and Hon. Aminu  Almustapha Boza, as well as a candidate for Isa/Sabon Birni Federal Constituency of the party, Hon. Abdulkadir Jelani Danbuga, among others.

They all associated themselves with the new members of APC and assured them of equal treatment at all times.

Some of the defectors who spoke during the event, Alh. Mukhtar Gidan Zago, Alhaji Yahuza Tsamaye, and PDP youth leader from Kurawa ward, Alhaji Lawali Kurawa, told the gathering that, they left PDP for APC to contribute their quota towards the victory of APC as PDP was not ready to fulfill the promises it had made to them.