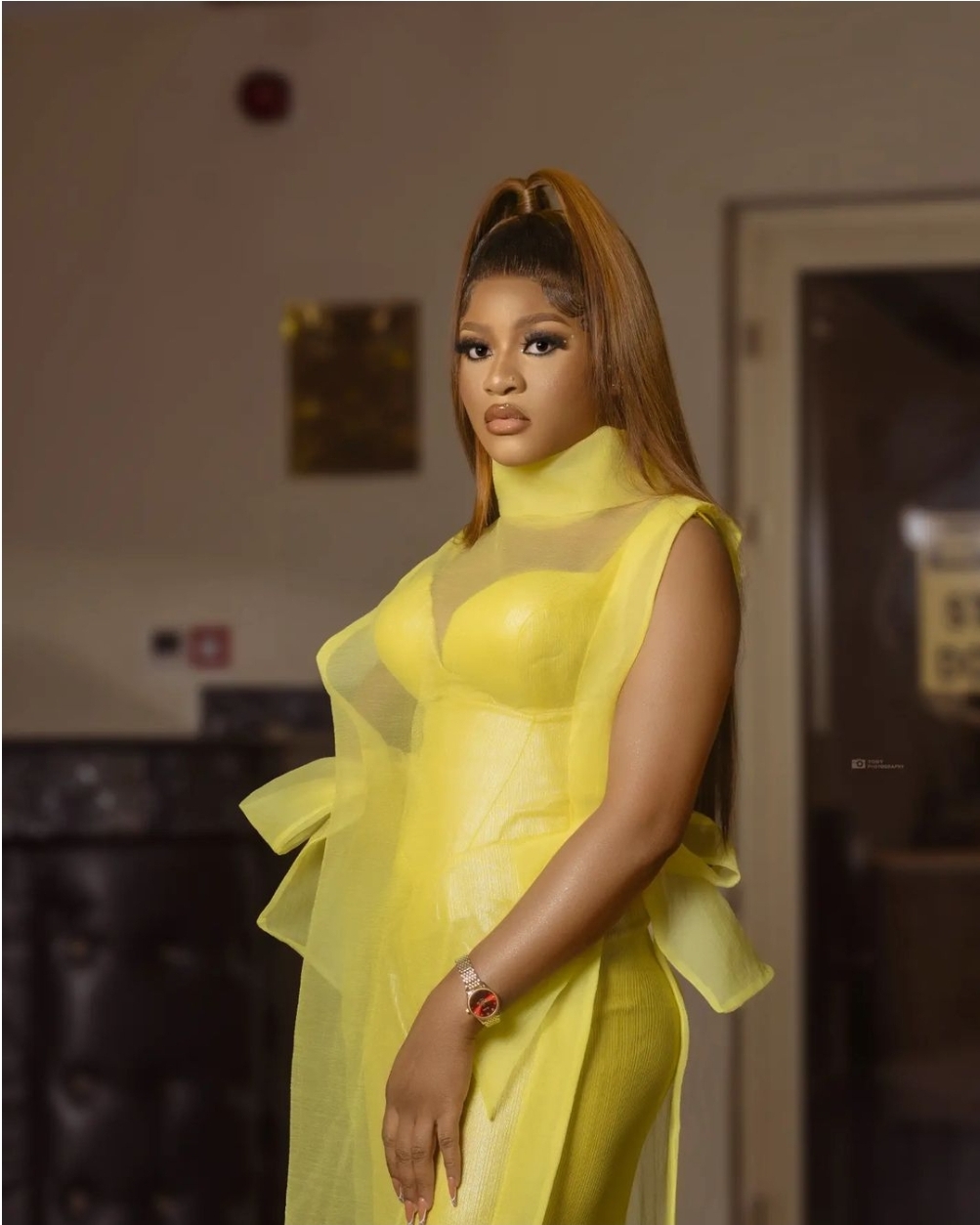 The reality TV star made this known via her social media page as she shared a video of her outside the beautiful house.

Phyna gave glory to God for his blessings and congratulations poured in for the former hype lady.

She was emotional in the clip she posted as she played a praise song, affirming that God is amazing.

Recall that, BBNaija season 7 winner, Phyna has addressed critics in her most recent post, letting them understand that she will continue to be “razz”.

Following Phyna’s win, she has constantly had to address internet trolls, as she claims she is not one to let things slide.

This development came to light after she shared on Twitter that she is a winner with a difference – a response she gave naysayers, who constantly tell her that she “does not know how to talk”.

PhynaIn a live video, Phyna disclosed that she will continue to be whom she is and that nothing can change her. She informed critics of how much of a different winner she is.

The Level-up winner goes on to speak about her she will never compromise her personality for fame. She adds that the only difference is her appearance and glow.

melodycent1
All her mate are making big moves low-key but she’s always on live making noise and attacking people wey no send her 🤣. Na winner be this one ooo 😂 … Other housemates are doing things she’s here making noise chai na wa 🤣🤣🤣

thick_barbie5
She is looking beautiful but can she tone down her loudness??? Haba !!! She can actually adapt a classy lifestyle if she is willing to learn!! Being Razz has never helped anyone 🥴🥴I know say her fans will come for me but deep down y’all want her to be classy 😒😒

alisonberry886
Olodo. Get a management to rebrand. Stop spilling trash.

diva_oyin_porch
Girl you talk to much