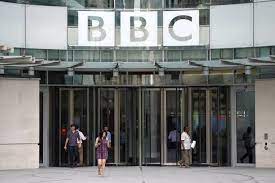 The British Broadcasting Corporation (BBC) has initiated plans to shut down the Hausa Service broadcast as part of efforts to transit completely from TV and radio to digital channels.

Not only will BBC Hausa TV be impacted, but so will its other radio and TV outlets, including Somali TV and Afrique TV broadcast stations, which have become reliable sources of information to the African community.

The service’s popular current affairs show ‘Focus on Africa, which has aired for over 50 years, will be converted into a podcast.

Other programs in African languages will also be converted to digital programming, and certain children’s programs will cease to run.

Defending the move, BBC stated that the transition was necessary to match the needs and habits of its audience.

“Audience needs and habits are changing, and we know there is huge potential for digital growth across the continent,” a BBC spokesperson told Semafor.

The representative, however, assured that the BBC was still “totally committed to bringing impartial, independent journalism to people across Africa” and would not stop serving its African audience in local languages.

Some BBC employees criticized the concept arguing that not all Africans have easy access to the internet and that the corporation did not factor in the expensive cost of data for its 63 million-strong African audience.

Nigeria, Kenya, and Tanzania make up three of the corporation’s largest audiences.

BBC’s digital transition will result in a major job loss for many journalists who work with the corporation’s Africa team.

Paul Siegart, a representative of the National Union of Journalists in the UK, pleaded with the lawmakers to support their campaign urging the BBC management to reconsider the plans.