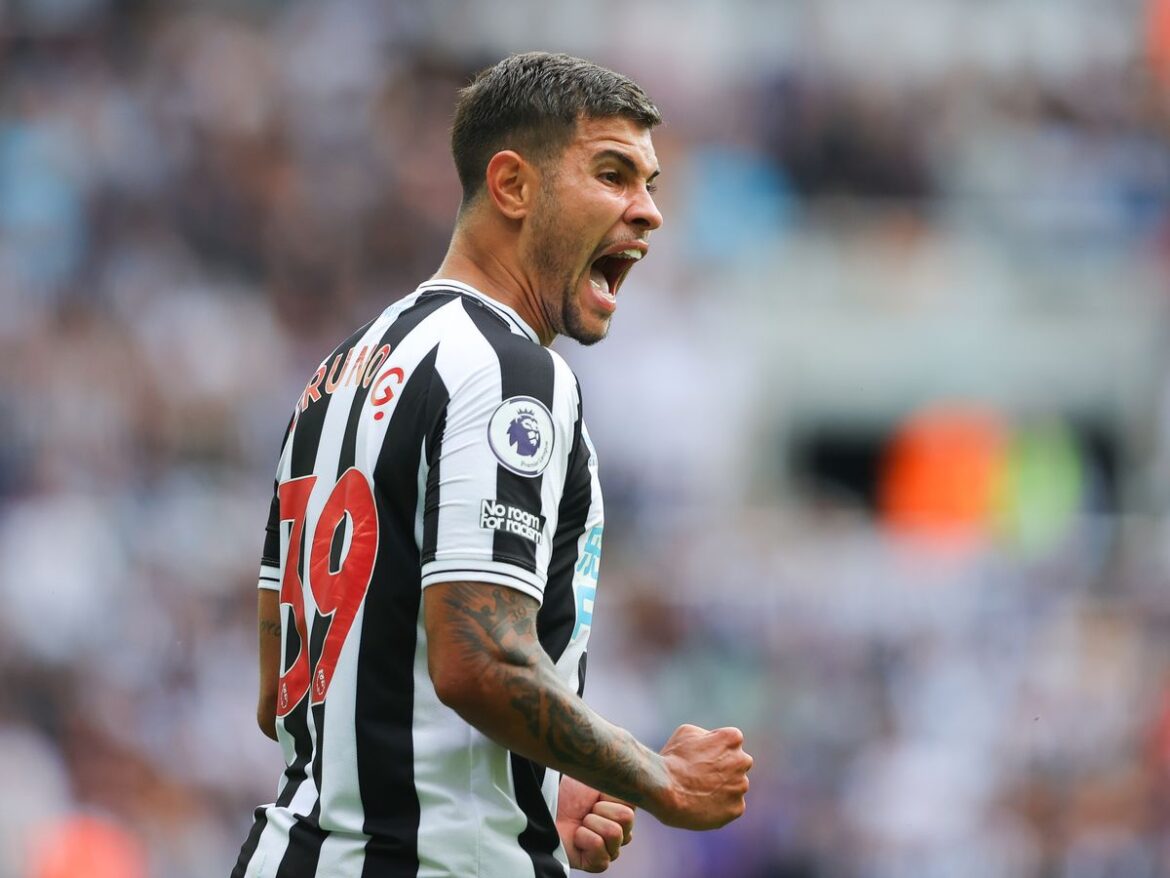 I really didn’t expect Newcastle to be in the top four after 12 games and, although I’d love to be proved wrong, I don’t think they will still be there come the end of the season.

But, while I am being realistic about their chances of making the Champions League places, I am still enjoying seeing Eddie Howe’s side up there, playing so well, and getting big results like they did at Tottenham on Sunday.

Their 2-1 win was another example of how Newcastle are starting to upset some of the big boys – and they don’t like it.

It was a similar story when they went to Anfield in August. They were beaten in the end, by a 98th-minute winner, but they were really unlucky to lose and Liverpool were moaning and groaning about how they had, almost, seen the game out.

It’s a good sign, because it shows Newcastle are no longer a soft touch wherever they go – something Manchester United also found out at Old Trafford last week.

People know things are different now. They know Newcastle are coming, and they know they mean business.

‘Newcastle look so fit when they press’
Other than the first 15 minutes against Spurs, I thought Newcastle were the better team and they deserved their win.

Tottenham looked quite average and one-dimensional in comparison, while Newcastle had plenty of ideas when they came forward.

It was always going to be tough for them once Spurs pulled a goal back so early in the second half, but this Newcastle team has got a bit of steel about them, and they never panicked at any stage.

The big thing for me when I watch them is how fit they look when they press, and how well organised they are.

They know when and how to press as a team, and it looks like they understand each other’s game so they can work together – for the whole 90-plus minutes.

To a man, they were superb defensively to keep Spurs chances to a minimum. I know Kieran Trippier got caught out by Harry Kane for their goal but, other than that, the Newcastle back four did not really put a foot wrong when Spurs attacked in the second half.

Behind them, Nick Pope made two really good saves early on, but wasn’t really tested after that.

Pope has been a fantastic signing, not just because of his superb shot-stopping but also because of how bright and alert he is at all times, sweeping up when balls are played over the top of his defence.

That was his main job after the break against Spurs, but he was always on his toes and you are never going to be nervous with him behind you.

Part of the reason Newcastle are in fourth place in the Premier League is their defensive record – they have conceded fewer than any other side in the top flight – but it’s fair to say they have surprised people at the other end of the pitch too.

Miguel Almiron got another superb goal against Spurs, and the improvement from him this season has been incredible.

The one thing that has never been in doubt since he joined Newcastle in 2019 is his work-rate – he has always put the effort in, and more.

What has changed is that he has added an end product, not only with his goals but also his balls into the box.

Almiron looks a real player now – intelligent, really quick, sharp on the ball and able to go past people .

From where he was when he was arrived to where he is now is an amazing transformation. It is the same with Joelinton, and credit for that has to go to the manager.

Howe has improved the players who were already there when he took over in November last year, but he has obviously signed some better ones too.

In fact, every player he has brought in over the past couple of transfer windows has been a good signing and improved the team.

That is very rare for any club, especially when you consider how many players have arrived at Newcastle in that time, but they have all made a positive impact in some way.

‘Bruno could get in any Premier League team’
Three of the back four against Spurs – Sven Botman, Dan Burn and Trippier – are Howe signings, along with Pope in goal, and they have all made the team more solid, with a better defensive understanding.

In midfield, Bruno Guimaraes has been so good, he could get into any team in the Premier League on his current form.

Up front, Chris Wood is mainly used off the bench now but he played a hugely important role in getting the club out of relegation trouble after joining last season.

We’ve not seen enough of Alexander Isak yet because of his injury but I never had any doubt that Callum Wilson would do well when he played.

Wilson’s problem is his fitness, which is really unfortunate because if he didn’t pick up injuries the way he has done throughout his career, he would probably be on the plane to Qatar for the World Cup.

He’s a goalscorer, who is always thinking about finding the net – like against Spurs, when he was given an unexpected chance after Hugo Lloris collided with him, but knew exactly what to do.

Wilson is a threat in the box, and with his runs in behind. He is tough to play against and, with him in the side, goals are not going to be a problem for this Newcastle team either.
(BBC)