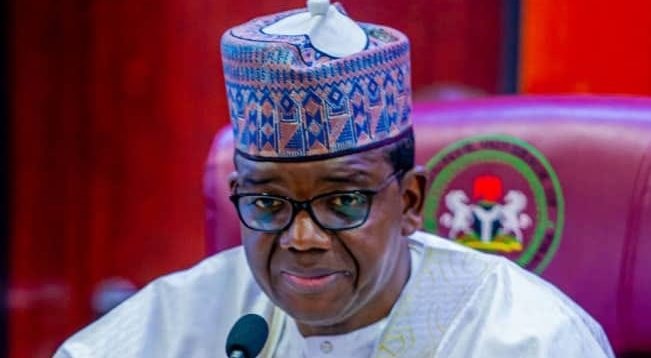 Federal Government has commended the state government over the implementation of Nigeria’s COVID-19 Action Recovery and Economic Stimulus (NG-CARES) Programme.

The state also go commendation for prioritizing the poor and vulnerable in its development agenda.

These commendations were made in a statement on Monday at Abuja by the National Coordinator, of the Federal CARES Support Unit (FCSU) of the World Bank-assisted NG-CARES program, Dr. Abdulkarim Obaje.

Obaje spoke against the backdrop of the federal team of NG-CARES’ Implementation Support mission and advocacy visit to Gov. Bello Matawalle of Zamfara.

According to him, the state is one of the highest funders of NG-CARES activities in the country.

However, he noted that the N2.6 billion budget support the Zamfara State Government injected into the NG-CARES program was yielding positive results.

He praised Matawalle for personally monitoring the implementation of NG-CARES in the state, adding that the state would benefit more when they inject more funds into the program.

The coordinator further explained that investing in the program had a double positive impact.

“Not only will state governments who invest in the program get additional funds in return from the NG-CARES program but poorer and vulnerable citizens would have been impacted positively.

“This visit to Zamfara is preparatory to the coming of the Independent Verification Agent, to verify claims of results achieved by the states and FCT.

“I can state that the performance of Zamfara State is impressive. The state is using agreed rules and verification protocols of the NG-CARES program.”

Matawalle in reaction re-stated the state government’s commitment to alleviating poverty in the state.

According to the governor, such development programs have a positive impact not only on the economy of the state but also on security.

He stated that the Nigeria Governors Forum (NGF), which initiated the NG-CARES program, would continue to support its implementation.

Also, the NG-CARES Programme’s development objective is to expand access to livelihood support and food security services, as well as grants for poor and vulnerable households.