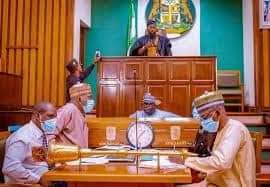 The 2023 draft budget recently presented by the Executive Governor of Kaduna state to the House of Assembly showed that the State government proposed to spend N877.7 million on Citizens’ Engagement under the Government House, an amount more than the total proposed capital expenditure, N750.4 million, for the Agriculture Sector.

In the same Agriculture Sector, no budget line item has an allocation that is up to the total budget allocated for Refreshment and Meals -N326.3 million.

The highest being N200 million counterparts funding for Rural Access & Agricultural Marketing Project. This is in a State where agriculture contributes about 36% to our GDP and employs 42% of our workforce.

Similarly, what the government proposes to spend on Honorarium & Sitting Allowance – N600 million under the Office of the Secretary to the Government and total allocation for Entertainment and Hospitality – N797.6 million combined (N1.4billion) is more than the capital expenditure for the Ministry of Business, Innovation & Technology – N1.2 billion.

Furthermore, the proposed allocation for the Construction and Acquisition of New State Government Administrative Buildings – N2.2 billion (This year’s allocation is N3.1billion) is higher than that of the Construction of Low-Income Mass Housing – N2.1 billion.

Also, the allocation for the Procurement and Installation of CCTV Cameras for Monitoring and Surveillance under the Ministry for Internal Security and Home Affairs – N2.7 billion is more than that of the total allocation to the Ministry of Human Services and Social Development – N499.6 million and Disability Board – N163.6 million combined.

Surprisingly, even the pro-poor program, under the Ministry of Human Services and Social Development, specifically targeted at the poor has zero allocation. This is worrisome in a State with a poverty rate of 43.3% (and still counting) and especially since the incumbent government campaigned using the mantra of ‘putting people first.

The above are a few highlights pull-out to draw the attention of the leadership and members of the Kaduna State House of Assembly to thoroughly scrutinize the draft budget presented to it for appropriation.

The House should ensure the re-prioritization of some of the budget items to reflect the needs of their constituents.