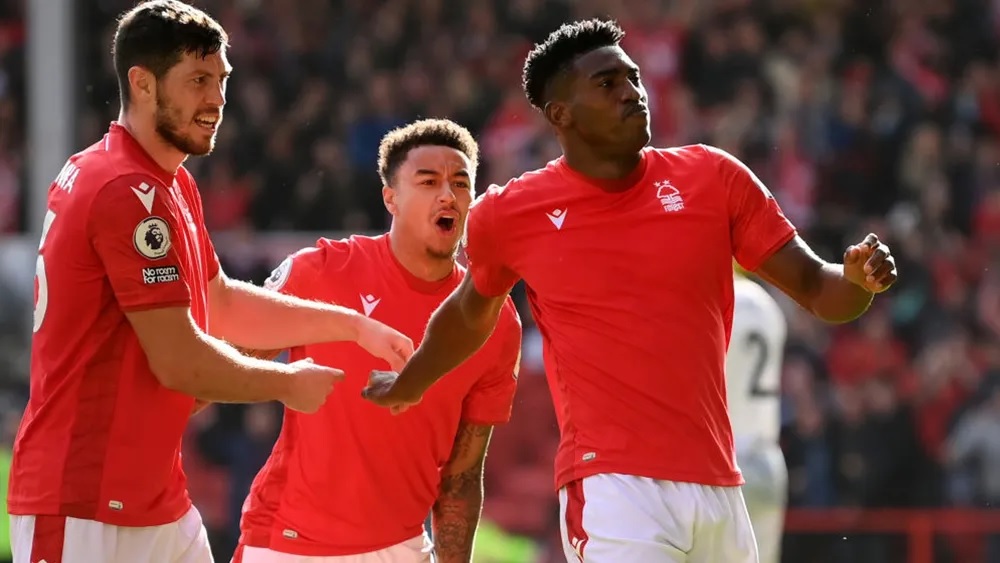 Nigeria forward Taiwo Awoniyi has broken a record after scoring in Nottingham Forest’s 1-0 win over Liverpool on Saturday.

The home side had a perfect chance to break the deadlock a minute after the hour mark when Awoniyi powerfully made his way past his opponent and crossed the ball to Jesse Lingard, who shot – with his left foot – straight to Alisson Becker.

Awoniyi gave Forest a 55th-minute goal after Steve Cook did well to collect the ball from a diagonal free-kick and delivered a low cross into the box. Initially, the Nigerian turned the ball against the post, but on the second attempt, he found the back of the net with the rebound.

Consequently, Awoniyi became the first Forest player to score in each of his first three Premier League starts at the City Ground.

James Milner made a vital block to deny Forest the second goal in the 58th minute. The home side broke through with Awoniyi down the right wing and the Super Eagle crossed the ball to Morgan Gibbs-White, who could not score despite being in some good space.

Milner steamed across to make a block and save Liverpool from going down the second time as Gibbs-White rued the missed chance.

In the sixth minute of added time, Liverpool survived again. Forest engineered another counter-attack and, with Alisson advanced, Johnson rattled the frame of the goal with a long-range effort.

Forest have stopped the opposition from scoring a first-half goal in eight of their 12 games, only Newcastle United (9) have done this more often in the Premier League this season.

They have also picked up their first Premier League win in 10 matches (D3 L6), while they recorded their first home league win over Liverpool since a 1-0 victory in March 1996 under Frank Clark.

Meanwhile, Liverpool have never won in six league away games against Forest (D3 L3) – the City Ground is the only ground the Reds have played at more than once in the competition and never won.

After the crucial goal for Steve Cooper’s struggling side, fans will hope Awoniyi, who was previously on Liverpool’s books, will keep finding the back of the net as the league debutants fight to save their top-tier status.

Apart from the goal, Awoniyi was impressive in other aspects of the game. He had a passing accuracy of 87.5 percent, three shots, and two shots on target.

The next stop for the Nigerian and his teammates will be the Emirates where they are scheduled to face high-flying Arsenal on October 30.
(Goal)