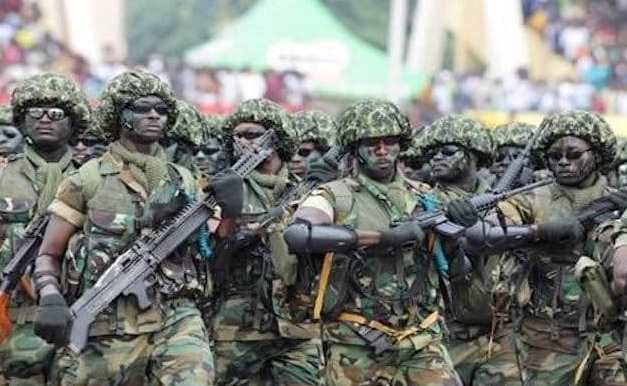 If you spend your life expecting a storm, then you may never enjoy showers of blessings. Each time it rains, you expect your roof to be blown off, and anytime the sky is overcast, it sends you into trepidation. Apprehension. Nervousness.

That is the mindset of those who continue to talk of ‘worsening insecurity in the land, even when things are far better than they have ever been in recent times. It happens right before their eyes, but they never see. It is noise right into their ears, but they never hear.

Nobody can deny that the past decade has been challenging, even traumatic, for Nigeria in terms of security. Since the Boko Haram insurgency started in 2009, hundreds of thousands of people have been killed, towns, cities, and villages sacked, and an untold number of people displaced.

As if things were not bad enough, the insurgency was later joined by banditry. Kidnapping for ransom. Militancy. Secessionist agitations. Cult killings. Internecine clashes. Ritual murders. Cattle rustling. Farmers/herders clashes, and more. Criminalities everywhere. In the words of T.S Eliot in The Journey of the Magi, “A cold coming we had of it,

Just the worst time of the year

For a journey, and such a long journey:

The ways deep and the weather sharp,

The very dead of winter.”

It was very tough, but we were also lucky. The country was being led by a tested and accomplished retired military officer, Muhammadu Buhari, who had seen many battles. He took the war to the enemies of the country, and like every endeavor in life, there were high and low points.

There were times it seemed the country was being overrun, and that the battle would never be won. Bombs going off like firecrackers, people being killed and maimed in scores, communities being wiped out, and fear and foreboding everywhere. But our Leader stayed the course, and despite caviling and criticism, President Buhari kept his eyes on the ball. And today, things are better. Far, far better than they have ever been on the security front. The auguries are quite good.

Before the twisters and contortionists go into paroxysms, saying I said insecurity has been completely defeated, please mark my words. Things are better, far, far better than they have ever been in recent years. The battle, however, is not completely won till the occasional attacks by insurgents, bandits, and evildoers are completely extirpated. And that is where we are headed.

How did President Buhari lead our armed forces and security agencies to turn the tide? Hear him, first at the graduation of new officers from the Nigerian Defence Academy, Kaduna, recently, and at the Performance Review Retreat for Ministers, Permanent Secretaries, and senior government officials held in Abuja, this week.

Talking to the freshly minted officers from the NDA, the President said: “You emerge in an era of expanding global security threats, and in the past seven years, we have set aside high-tech platforms and prioritized your needs to facilitate your training and commissioning.

“When this Government came in 2015, we inherited a country at crossroads, with bombs going off with frightening frequency even in our cities, and we came in to confront and manage the crisis.

“This administration has since coming on board procured over 550 naval platforms, out of which 319 have been delivered, as a part of the aggressive fleet recapitalisation of the Nigerian Navy. We have also increased the number of Nigerian Air Force platforms by more than 38% and enhanced the serviceability rate of aircraft in the NAF inventory by over 70%.

“In pursuing this same objective, the Nigerian Army has received more than 2000 units of various Armoured Fighting Vehicles, guns, and equipment. These are in addition to improved funding of the three Services along with other security and intelligence agencies. These comprehensive and systematic acquisitions within seven years are not only unprecedented in the past 38 years, but they also align with our pledge to safeguard and strengthen the security architecture of our country.

“Although this is not a forum to introduce you to the military hardware you are stepping out to inherit, it is imperative to identify the magnitude and complexities of conflicts surrounding us. While acknowledging that our measures have yielded results and we remain ever grateful for the sacrifices of members of the Armed Forces, we must brace up for the dimensions this conflict has taken.

“In our bid to fulfill our promise to neutralize Boko Haram terrorism in the North East, which had spread to other neighboring countries when we took over, the Armed Forces liberated areas occupied by the terrorists and gave the residents a new lease of life, and our commitment to resettling and rehabilitating the victims of the tragedy has been unwavering.

“I want to seize this opportunity to appeal to Nigerians that, although we have recorded successes in the conflict inherited, especially in the North-East, the security challenges in the country have evolved and assumed other dimensions in some areas. We have devised both military and non-military methods to intervene, and even rolled out an amnesty program to rehabilitate repentant terrorists who surrendered and laid down their arms unconditionally.

“Our tasks as the guardians of the nation are to prepare for the evolving and complex security situations and make sure that no terrorist can threaten Nigeria’s sovereign integrity.

“In this regard, I have instructed the Service Chiefs to replicate the successes in the North East in other parts of the country, and I call on all Nigerians to continue to support our Armed Forces and security agencies.”

Did you see the chronicle of events? The acquisition of armaments and equipment at billions of naira? And the progressive decimation of the evildoers? What of the calm subsisting in most parts of the country now? Is it not remarkable? But some people, critics, media men and women, so-called security experts, and commentators on national issues, still continue to talk of ‘worsening insecurity.’ When will they wake up and smell the coffee? When will they give credit to our armed forces and security agencies who daily confront evil, so that we can sleep with our two eyes closed?

On Monday at a government-wide review retreat, the President spoke again: “As part of efforts toward strengthening our national security, we have substantially invested in arms, weapons, and other critical military hardware as well as continuous training for our Armed Forces.

“The Nigerian Air Force has acquired 38 brand-new aircraft and is expecting another batch of 36 new ones, while the Nigerian Navy has been equipped with new platforms, sophisticated riverine, Rigid-Hull Inflatable, Seaward Defence, Whaler & Fast Attack Boats as well as Helicopters and Capital Ships.

“To boost the number of our Police personnel, 20,000 policemen have been recruited, trained, fully integrated, and deployed in 2020 and 2021. This exercise has strengthened our community policing strategy which is enshrined in the Police Act, 2020.”

President Buhari has pledged to bequeath a safer country to his successor by May next year, than what he inherited in 2015. And from all indications, it would happen. But why are some people not smelling the coffee? Piteous. Distressing. Sad.

We are not among those who will continue to trumpet ‘worsening insecurity,’ when things are obviously getting better. Kingpins of banditry and their foot soldiers are being neutralized daily, and their camps are being destroyed. Insurgents and troublers of Nigeria are being daily sent to God to answer for their sins.

We see it, we appreciate President Buhari for leading the way, arming our military and security agencies like never before. We count our blessings, naming them one by one, and it surprises us what the Lord has done.