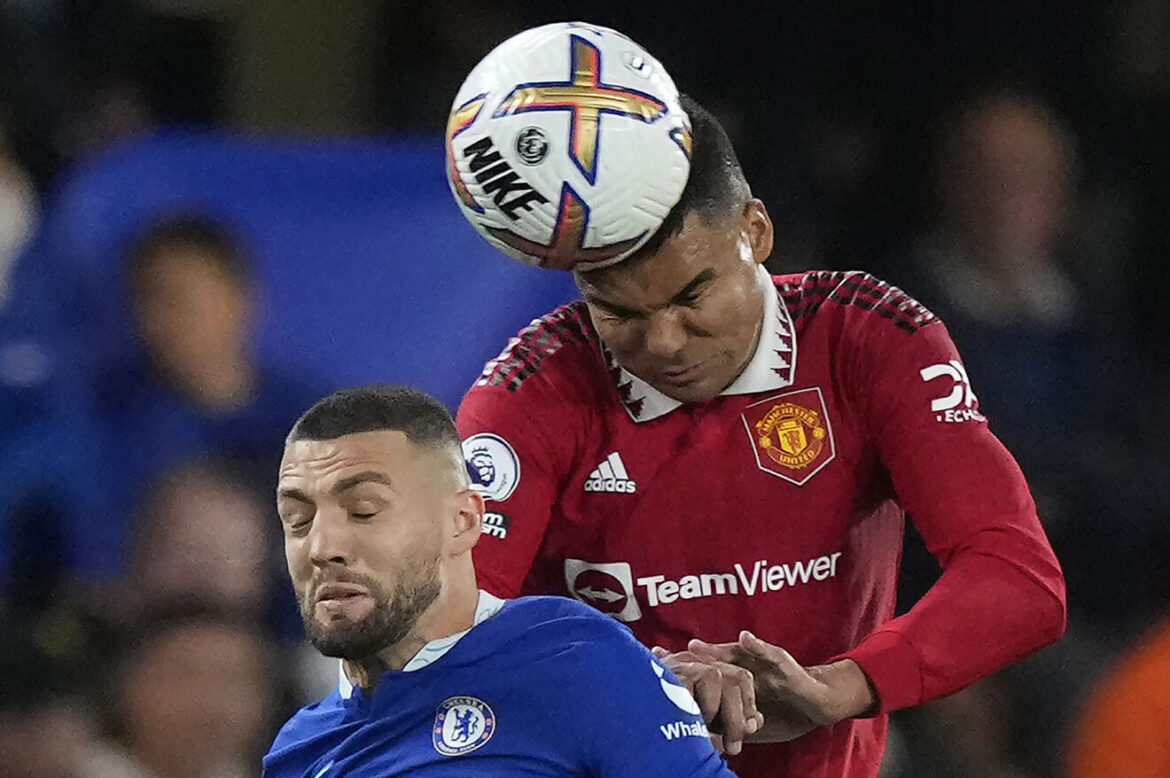 Jorginho’s late penalty looked to have given Chelsea a narrow win when he sent goalkeeper David de Gea the wrong way from the spot after substitutes Scott McTominay and Armando Broja tangled at a corner three minutes from time.

Defeat would have been harsh on United but they got the reward their performance merited when Casemiro rose to meet Luke Shaw’s cross deep into six minutes of stoppage time, Chelsea keeper Kepa Arrizabalaga getting a fingertip touch but unable to stop the ball crossing the line as it bounced back off the inside of the post.

United, with Cristiano Ronaldo left out of the squad as a disciplinary measure following his refusal to come on as a substitute in the win against Tottenham, had the better chances as they dominated the first half.

Erik ten Hag’s side were well on top and far more dangerous, Kepa saving well from Marcus Rashford and Antony, the latter also missing a great chance when clean through.

The second half was closer and concluded with that frantic finish, but the main worry for United now is an injury to defender Raphael Varane, who left the pitch in tears as he clearly fears for his World Cup chances with France.
(BBC)