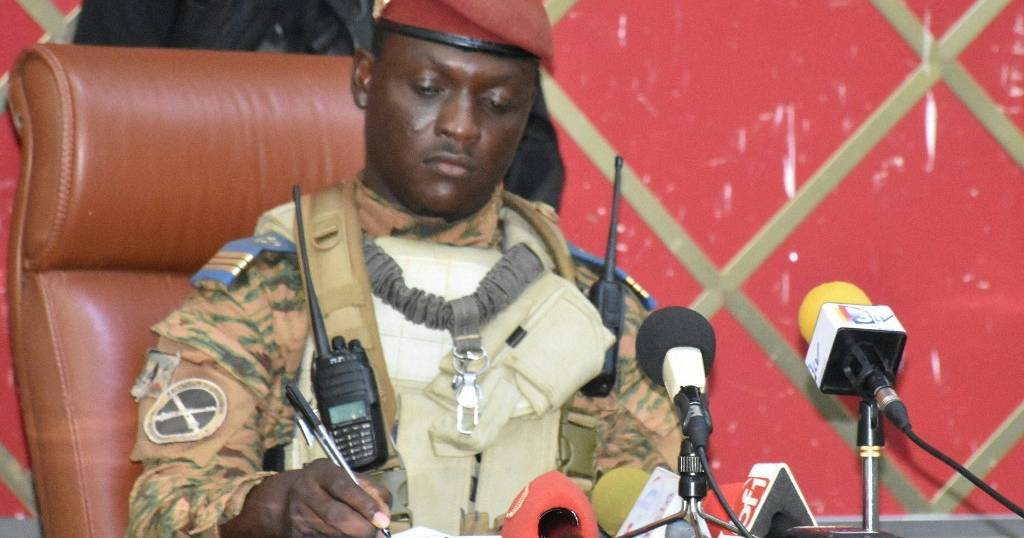 Ibrahim Traore, the young army captain who led the latest coup in Burkina Faso, became interim president on Friday, vowing to win back territory from jihadists.

Traore pledged support for a transition leading to elections in July 2024 as he took the oath of office in the capital Ouagadougou under tight security.

The motive — as in January — was anger at failures to stem a seven-year jihadist insurgency that has claimed thousands of lives and driven nearly two million people from their homes.

Junta members had already announced that he would take over the role of transitional president, but Friday was the official investiture.

After taking the oath of office, Traore, dressed in military fatigues and a scarf with the country’s national colors, said: “We are confronted with a security and humanitarian crisis without precedent.

“Our aims are none other than the reconquer territory occupied by these hordes of terrorists,” he added. “Burkina’s existence is in danger”.

The swearing-in was outlined in the transition charter adopted last week.

The charter’s article four stipulates “that the term of the transition president ends with the investiture of the president resulting from the presidential election” planned for July 2024.

“I swear on my honor before the Burkina people that I will preserve, respect, ensure respect for and defend the constitution, the transition charter and (Burkina’s) laws,” Traore said, reading his oath of office.

Foreign dignitaries were absent from the inauguration at a well-guarded room of the constitutional council in Ouagadougou.

Traore’s takeover comes during a struggle for influence between France and Russia in French-speaking Africa, where former French colonies are increasingly turning to Moscow.

Traore seems — for now — to bring hope to many in a country sinking steadily in the quagmire.