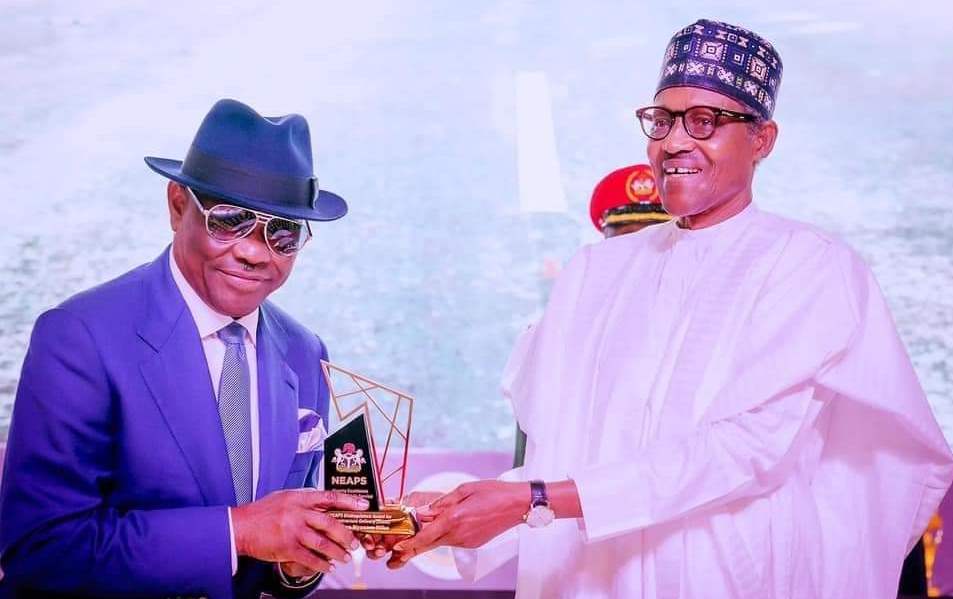 ….Describes him as “The King of Infrastructure”

The Chief of Staff to the Rivers Governor, Engr. Chukwuemeka Woke alongside The New Rivers Vision Team has joined other well-meaning Nigerians, and in particular, Rivers people to extol the leadership acumen, feats, and sagacity of the Governor of Rivers State, Barrister Nyesom Wike as well as congratulate him on the Award for Infrastructure Delivery.

Woke, in a congratulatory statement, circulated to media houses and stated that the award could not have come at a better time, if not now, describing it as a well-deserved one, given the laudable infrastructural projects that dot the nooks and crannies of the State.

In the Education sector, the Governor has delivered meritoriously on a magnificent and well-equipped branch of the Nigerian Law School, and three campuses of the Rivers State University sited in Etche, Ahoada East, and Emohua Local Government Areas amongst others.

Amongst the Infrastructural revolution by the Governor include, Community Secondary Schools at Obio/Akpor, Oyigbo, and Eteo  Eleme, the National Union of Rivers State Students Secretariat, PABOD Breweries, Oginiba Roads, the Pleasure Park, Mother and Child Hospital, and several others.

In a congratulatory statement made available to the Media, the Chief of Staff said, “I and THE NEW RIVERS VISION TEAM heartily congratulate a Visionary Leader, “THE KING OF INFRASTRUCTURE” on your well-deserved DISTINGUISHED AWARD FOR INFRASTRUCTURAL DELIVERY and the ranking of Rivers State as the FIRST (1st) STATE IN THE FEDERATION IN OVERALL FISCAL TRANSPARENCY AND ACCOUNTABILITY PERFORMANCE for 2020, 2021 and 2022 by BudgIT”

Mr. Woke stated that the award is purely for exceptional hard work and merit not minding unsubstantiated allegations to the contrary in some sections of the media to cause the Presidency to change its stance towards bestowing the award on him.

“Your Excellency, you truly earned these accolades through your hard work and commitment,” he said.

He thanked Governor Wike for being a great mentor and motivator, and averred, “We are genuinely proud of you.”