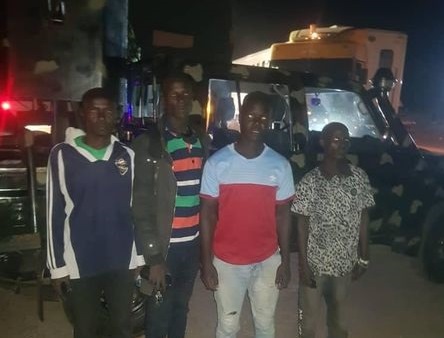 The troops also rescued commuters who were kidnapped along the Kaduna-Zaria road on 20 October 2022.

“The troops also recovered one AK 47 rifle, two magazines, 38 rounds of 7.62mm special ammunition, and a mobile handset from the terrorists.

“In another development in the early hours of 20 October, 2022 armed bandits blocked the Kaduna – Zaria road, around Foundation general area within Birnin Yero Ward.

“The criminals opened fire on commuters during which they abducted and fled with an unconfirmed number of commuters.

“Troops, however, responded expeditiously and pursued the criminals compelling them to abandon five commuters who were earlier abducted.

“The commuters were subsequently rescued by troops, while the highway was immediately cleared for free flow of vehicular traffic.

“Sadly, one of the commuters sustained a gunshot injury and was immediately evacuated for medical attention,” the statement added.

According to the statement, the Chief of Army Staff (COAS) Lieutenant General Faruk Yahaya has commended the troops for their gallantry and urged them not to relent until terrorism and other criminalities are brought to an end in the region.

The General Officer Commanding 1 Division NA, Major General Taoreed Lagbaja has also urged all law-abiding citizens to continue to support the troops and other security agencies with credible and actionable information that will assist in the fight against the criminal elements.