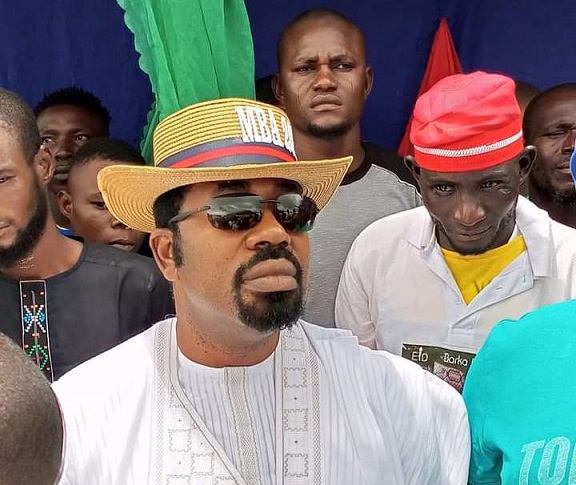 Bukky, who spoke against the backdrop of the false reports in social media that he had withdrawn from the Kogi West Senatorial race, said he is fully in the race, working tirelessly to emerge victorious.

In a statement issued by Bukky which he personally signed and made available to Newsmen in Lokoja, on Thursday, he dismissed the rumors being spread by ‘political enemies’ who are threatened by his rising political profile across the senatorial District.

He described as mischievous reports that he had withdrawn from the race and accused those behind the reports of being jittery about his growing popularity, and acceptance as a dominant figure in the political space since his nomination as the flagbearer of the NNPP.

“I want to use this medium to appeal to our teaming supporters to ignore the sponsored lies by some candidates to distract us from our quest to provide quality representation in the national assembly come 2023.

“Contrary to their mischievous fabrications against the widely accepted senatorial ambition of Hon Bukky, we restate for the pleasure of progressive-minded people of Kogi West, that the falsehood trending currently in social media that I, Hon Abubakar  Ibuku  Muhammed Bukky have dropped my ambition to run for Kogi West senatorial is nothing but false.

“It is understandable that my entrance into the senatorial race to compete against the so-called “Big Names” has become the major discussion as my entrance has changed the political dynamics of the Kogi West politics.

“The withdrawal reports are mere handiwork of politicians who are intimidated by the experience and massive gains since my emergence as our party, the NNPP flagbearer,” Bukky said.

He appealed to all his supporters not to entertain fear, but rather ignore the falsehoods of the opponents as he is working tirelessly to emerge as the senator representing Kogi West senatorial District come 2023.