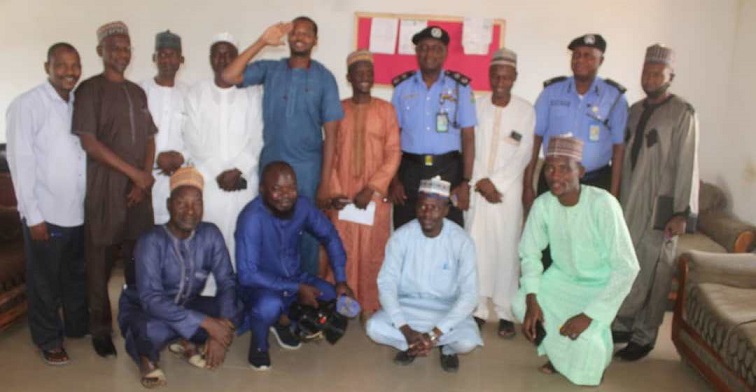 The newly posted Jigawa state Commissioner of Police CP Emmanuel Ekot Effiom has urged journalists in the state to redouble their effort in supporting the police effort toward ensuring peaceful conduct of campaigns and other election activities in the state.

CP Emmanuel Ekot made the call when he paid a familiarization visit to the office of members of the Jigawa state correspondent chapel in Dutse.

The Commissioner of police said journalists are critical stakeholders in establishing and promoting peace and security in society.

He noted that he visited the Journalist’s office with the aim to strengthen the cordial working relationship existing between the Police as he was briefed when he assumed office.

CP then urged the members of the chapel to keep up with their good work and also maintain their good working relationship with the police, especially in this critical time of the campaign and other election activities for sustaining peace and stability which Jigawa state is known about.

In his speech during the visit, the chairman of the correspondent chapel Comrade Muhammad Zangina narrated that, the cordial relationship between the working journalist in the state with police and security agencies has contributed immensely to making  Jigawa one of the most peaceful states in Nigeria.

He said the relationship between the Chapel members and police was beyond writing the story but included sharing useful formation and mutual engagement in any issue of security interest.

Comrade Zangina expressed the appreciation of the chapel members for the CP visit which he described as a great honor and a milestone in strengthening the cordial relationship existing between the duo.

The Chapel Chairman then promised to continue collaborating with the new CP, in the area of promoting public consciousness on security and also play their expected role in supporting peaceful political campaigns and the forthcoming 2023 general election.