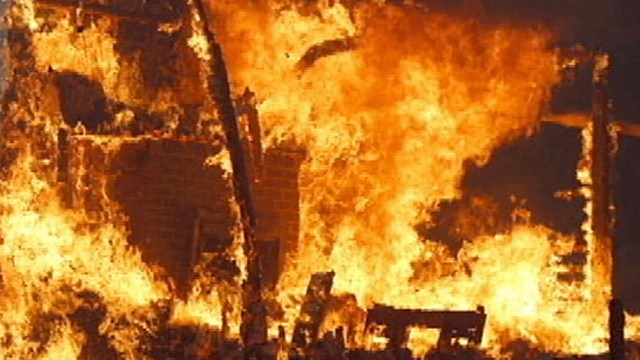 Fire guts another market, Kofar Atiku Market in Sokoto Metropolis in the early hours of Wednesday as a result of an alleged power upsurge from the Kaduna Electricity distribution company (KEDCO).

The Market which is one of the many important and established olden-day markets served many communities including Kofar Atiku, Emir Yahaya, Kwamberu, and Rijiyar Doruwa all in the Sokoto metropolis.

Over 150 shops and Kiosks were razed to ashes as the fire outbreak started when shop owners were at home after the day’s transactions.

Commenting on the incident, one of the shop owners Alhaji Muhammadu Kofar Atiku whose shop was also affected by the outbreak, said none of the traders was able to save anything from the inferno as they were asleep it happens.

“We are yet to ascertain the remote causes of the incident, but we believed it might not be unconnected with the power upsurge which occasionally happens at any time of the day”.

“Since the establishment of the market decades ago, we have never witnessed this kind of calamity in which the total shops in the market were entirely destroyed”

He said traders in the market have lost goods worth millions of naira,” and if not care this will be the end of business activities to many of them,” says Malam Isah one of the many Victims of the incident.

“With the current economic downturn in the country and the current level of Insecurity facing the state, traders in the market will find it difficult to recoup from their loses”

“It’s our hope and prayers that Government and other wealthy individuals will come to our aid, so as to start all over again.

Kofar Atiku Market which is situated in the midst of a densely populated community took the Intervention of the state firefighters to avert its spread to residential buildings and some have since been evacuated.

It could be recalled that many Markets in Sokoto witnessed fire outbreaks in one way or another other which many believed is connected to negative activities of traders who most of the time takes the opportunity of scarcity to skyrocket the prices of their wares.