When Kano Social Media Influencers Get Sensitized For Elections Reportage 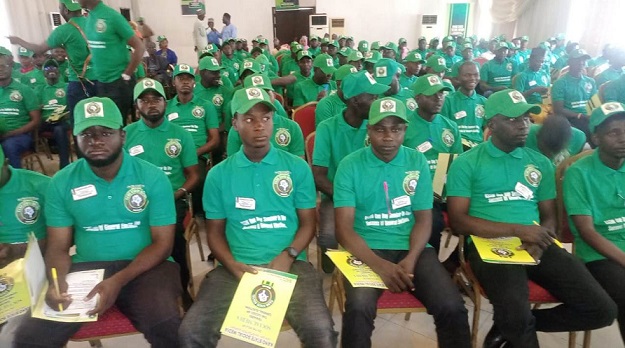 The role of Social Media in our daily lives is becoming more prominent. In fact, Social Media now plays significant, if not dominant roles in our social, economic, and political endeavors.

Social Media Influencers/Practitioners are now becoming more and more involved in the dissemination of information about politics and elections.

They use their various platforms to spread information on political campaigns and meetings, and even the conduct of elections and the results of such polls.

As they continue to get actively involved in the aforementioned issues, however, the need for formal training and retraining arises to enable the Influencers to cover those political activities effectively.

That was why a One-Day Sensitization Seminar was organized by the Kano State Social Media Forum ahead of the 2023 general elections, for members of the group.

The seminar which was held on Monday, October 17, 2022, at the Horizon Hotel, Kano, featured the presentation of papers by Mass Communication Scholars who tutored Social Media Influencers on the importance, functions, and History of Social Media, as well as how to use the platforms effectively, among other things.

Dr. Ibrahim informed the participants that this is so because Social Media has wide reach and speed, coupled with the fact that they are cheaper and simplify Investigation, among other benefits.

He said there were more than 40 million Social Media Users in Nigeria as of January 2022, adding that Social Media platforms have come to stay in Nigeria in particular, and the world in general.

In the same paper themed: “The Role of Social Media Towards the Success of Nigeria’s General Elections,” the Scholar said that Influencers could disseminate information during elections such as electoral malpractice and security breach.

He said they could do this by using screenshots, live videos, and texts, for effective coverage of the events.

He, therefore, called on the Influencers to get more educated, and receive training and retraining so that they could play the expected role in informing the public about government activities, at all levels.

Garba, who is also the Spokesperson of the Gawuna/Garo Campaign Council, noted that the All Progressives Congress (APC) has an array of candidates vying for various positions, particularly the Governorship and Deputy Governorship candidates.

He said the APC candidates are not comparable to other candidates in the two major political parties in terms of experience, exposure, and human relations.

The Commissioner said with the level of consolidation of most of the elective positions in the state, all that the ruling APC needs, is to further sensitize voters on the importance of exercising their franchise during the 2023 elections.

He stated that very few states in the federation had this far retained their elective positions that included members of the National Assembly, state legislators, and chairmen of local government councils.

Comrade Garba said that data based on the recent statistics published by the Independent National Electoral Commission (INEC), showed that women and youth formed the largest group of registered voters in the country.

He said these groups had a critical role to play in making the right choice by effective application of communication technology to educate and influence the public.

In his remark, the Chairman of the Forum, Tijjani Sani Amasco, said the seminar was organized to sensitize members of the group on the importance of publicizing activities of the government.

He expressed satisfaction with the level of support the group was enjoying from the government and appealed for the consideration of their educated members in terms of employment opportunities in the state civil service.

This all-important seminar came at the right time as it happened in the wake of increased use of Social Media by people in all strata of society, including the voting population.

A group of Social Media Influencers trained by this seminar, therefore, will immensely assist in enlightening and educating the people on the laudable policies and programs of the APC administration in the State toward a successful outing of the ruling party in the 2023 polls.

Yusuf is a Senior Special Assistant (SSA) on Information to the Governor of Kano State. He can be reached at kwalli2005@yahoo.com