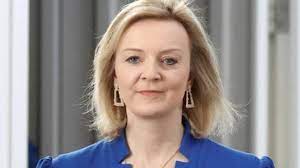 Eight out of 10 people in Britain now disapprove of the government, a YouGov poll showed on Tuesday, as the country deals with an economic crisis inflamed by new Prime Minister Liz Truss’s now-abandoned attempts at radical tax cutting reforms.

The poll found that 77% Britons disapproved of the Conservative-led government, the highest in 11 years of YouGov tracking, the company said.

YouGov also said that nine in 10 Britons, or 87% of those polled, say the government is handling the economy badly, in a blow to the party that has historically talked up its record for fiscal discipline.

Other opinion polls have shown falling support for the Conservative Party in recent weeks after a plan for unfunded tax cuts shocked investors, triggering bond market turmoil so severe the Bank of England had to intervene.

YouGov polled 1,772 people for the Oct. 17 update of its regular series on government approval ratings, which was published on Tuesday.