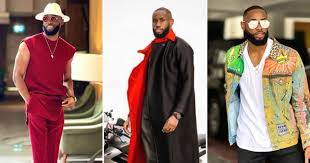 Big Brother Naija ‘shine ya eyes’ housemate, Emmanuel Umoh on Monday was involved in a ghastly auto crash.
Naija News reports that the incident is coming less than a week after his colleague, Patrick Fakoya, better known as Rico Swavey died in one.

Thankfully, the reality star who survived the accident took to his social media page to share photos of the damaged car whilst thanking God for sparing his life.

He revealed that the near-death experience rendered him emotional as he could not control his tears and appreciation for God.

He further went on to disclose that this wasn’t the first accident he had been involved in; he had crashed his first car in 2019, days after his birthday.

Meanwhile, the family and management of former Big Brother Naija Season 3 Housemate, Rico Swavey, have released details of his burial arrangement.
The reality TV star passed away on Thursday morning, days after he was involved in a ghastly accident in Lagos.

According to the funeral arrangement, the night of tribute and candlelight will hold on October 19, 2022, while Rico will be laid to rest on October 20.

The post shared on Twitter read: “With a heavy heart, we invite all friends and fans of Rico swavey to his tribute night/candlelight walk tomorrow as we witness a star supernova.”
(Naijanews)