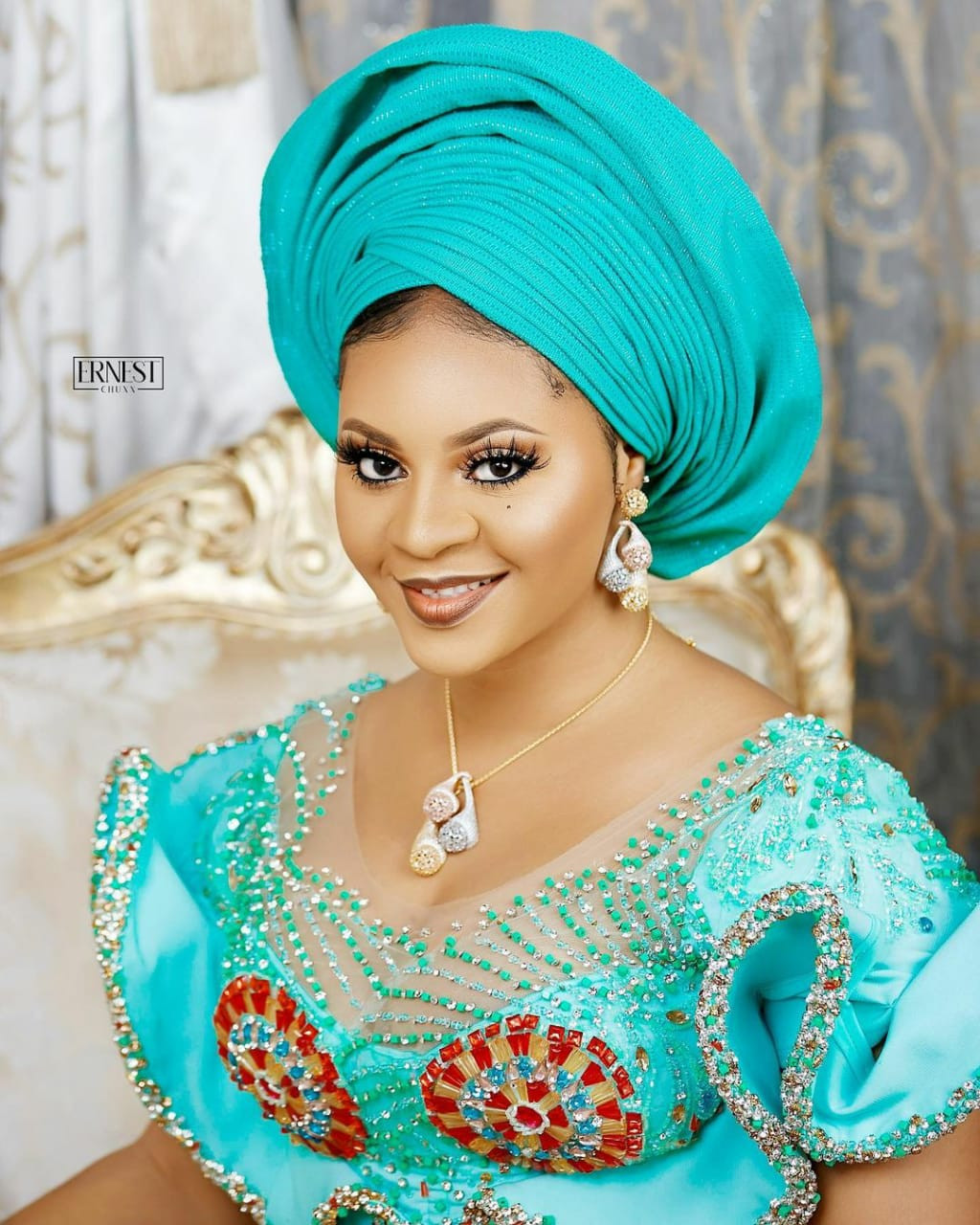 Queen Tobi Phillips, the third wife of the Ooni of Ife, Oba Adeyeye Ogunwusi is singing his praises as he turns 48 today.

Queen Tobi accompanied it with sweet words, as she tooted his horns.

The ex-beauty queen went on to sing his orikis, eulogising him in her dialect.

The paramount Yoruba ruler was treated to a surprise party after his wedding party on Sunday, October 16th.

The highly respected monarch, had an pre-birthday party, which was held hours after his grand wedding party to his first Queen.

Princess Toyin Kolade, alongside many others, gave the monarch, an unforgettable birthday experience.

With his queen beside him, the Ooni was no doubt taken aback with the thoughtful gesture.

In one of the videos online, Mariam could be seen on her knees as she passionately prayed for the King.

Olori Mariam, seems to be the shy type as she tried dodging the microphone.

The Ooni, was all smiles as his wife rained prayers on him.
(Gistlover)