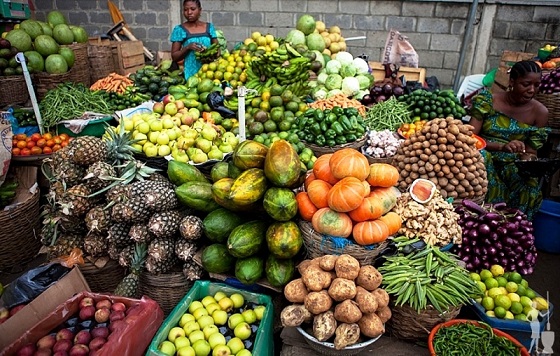 He made the call in a statement to commemorate the 2022 World Food Day (WFD) which is celebrated on Oct. 16, annually to mark the founding of the United Nations Food and Agriculture Organization in 1945 and expressed concern over the rising food prices being experienced across the country.

”The situation which is partly associated with climate change has worsened access to healthy and nutritious food, leading to an increase in widespread hunger and low quality of life and wellbeing of Nigerians, particularly the vulnerable group.

”It has become increasingly difficult for many citizens to make a decent living due to poor access to a balanced diet, occasioned by escalating food prices resulting from insecurity and climate change. “Nigeria is undergoing a severe food crisis fueled by climate change and insecurity in all parts of the country coupled with the current Russia – Ukraine war that has affected importation of food items across the globe.

“With the current reality of rising prices of food items, many Nigerians may plunge deeper into poverty if proper measures are not put in place” Ojukwu stated.

According to him, the current food crisis is mostly affecting the less privileged Nigerians, especially the Internally Displaced Persons (IDPs).

“I must tell you that the IDPs are worst hit by the food crisis, our report of monitoring the human rights and humanitarian situation of IDPs in the North-East since 2015, indicated that this population concern suffers acute food and nutrition shortage and are seriously in need of assistance.

”The commission has been partnering with relevant UN bodies such as UNDP, UNHCR as well as the European Union to carry out a series of intervention programs targeted towards providing humanitarian support to the vulnerable population, particularly in the North-East which is suffering the devastating effects of insurgency.

”This year’s theme of leaving no one behind” is very apt, government and relevant stakeholders should up the efforts at ensuring adequate provision of food to every member of the human family without discrimination,” he said.

Ojukwu urged the government at all levels to stem insecurity to the barest minimum, and prepare for climate change by strictly adhering to early warning signals to mitigate its effect on farmlands.

He added, as well as support and encourage farmers to migrate to mechanized farming to achieve bumper harvests and abundant food for all.

”Therefore, all hands must be on deck to build a sustainable society where everyone has regular access to enough nutritional food, no one should be left behind,” he said.