Mbappe slams transfer reports as ‘completely wrong’, insists he is happy at PSG 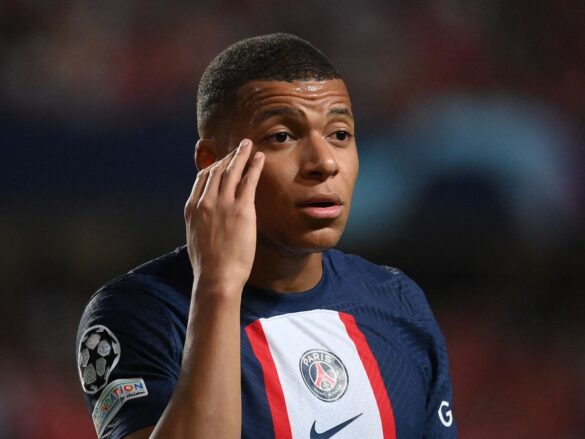 Kylian Mbappe has hit back at the “completely false” reports suggesting that he has requested a move away from Paris Saint-Germain in January.

The World Cup winner only committed to a new three-year contract with the Ligue 1 champions back in May but, with working relationships said to be breaking down on and off the field, it has been claimed that the 23-year-old is eager to leave Parc des Princes.

Mbappe insists that is not the case, having once again been heavily linked with Real Madrid and Liverpool, with no exit plans drawn up by his representatives.

Mbappe told reporters after helping PSG to a 1-0 win over Marseille on Sunday: “I never asked for my departure in January.
The information that came out on the day of the [Champions League match against Benfica], I did not understand it. I am not involved in this information neither directly nor indirectly.

“I was as shocked by this news as everyone else. People may think I’m involved, I’m not at all. I was taking a nap, my entourage was at my little brother’s game.

We were stunned when we found out. Afterwards, we had to deal with it, we had a match to play. I just wanted to say that it’s completely false, I’m very happy here.”

Mbappe is said to have butted heads with PSG team-mate Neymar at times this season, while also questioning the club’s coaching team, but he teed up his Brazilian colleague for the only goal of the game in a Classique clash with arch-rivals Marseille.

While questions are being asked of his future in the French capital, Mbappe has registered 14 goals for PSG this season and is ready to lead another World Cup charge by his country in Qatar.