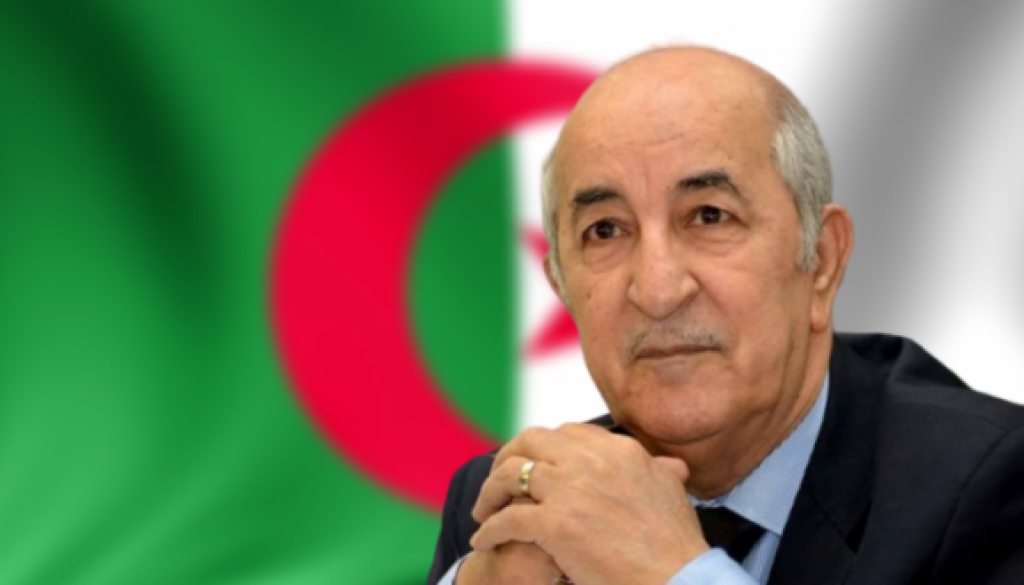 With deposits of gold, zinc, copper and phosphates, Algeria has significant mineral resources. Many of them have been left unexploited, but now the country is counting on them to diversify its economy.

Billions of tons of iron ore have been lying dormant since their discovery in 1952. Finally, after years of studies, the site was opened up this summer.

In the long term, the objective is to extract tens of millions of tonnes per year, including the 12 million tonnes needed by the Algerian steel industry.

“The only deposit in Algeria that can meet this demand is the Gara Djebilet deposit,” says Noureddine Aoussat, Technical Director at the Algerian national iron and steel company Feraal. “Exploiting it is easy, it’s in the open air. The waste rock is only 60cm thick. You remove 60 cm and you see the ore!”

Economic benefits
Workers prepare a blast to widen the trench. It’s the last step before putting the mine into operation. The subsurface of the desert is loaded with explosives.

“Blasting is the most important operation,” says Abdelouhab Bouchama, a consultant at Feraal. “Without demolishing the crust, we can’t proceed.”

The ore will be sent to laboratories in Algeria and abroad, notably to China, whose companies are assisting in the development of the mine.

“The world’s major consumers are now starting to find it difficult to obtain supplies,” explains Mahmoud Boukrouma, the site manager at Feraal. “So as soon as they found out there was a large deposit in Algeria, they came forward to buy our product.”

Analysis of the samples shows that the ore contains 90% iron, but also phosphorus, an undesirable element. The processing is set to be done in new complexes, further north.

Algeria invests in its youth to boost human development and economic growth
Algerian pharmaceutical boom: A step towards health & food security
Algeria’s renewable energy potential: Solar power is the way to go
Algeria Boosts Economy by Unleashing Culture of Start-Up Enterprise
A new western economic corridor
A new railway line is planned to transport the millions of tonnes extracted… And to create a western economic corridor between Tindouf and Oran, the city that’s home to the leader of the national steel industry: Tosyali Algeria.

The group, which has helped the country become a net exporter of long steel, is investing in flat steel… with its eyes on the new mine.

“For us, having a local deposit will be a great help,” says Alp Topcuoglu, a Tosyali Algeria Board Member. “There are a lot of projects being revived in Algeria and that’s something we very much appreciate. There’s a very good business climate in Algeria today.”

A legacy for future generations
The Gara Djebilet mine is not the only megaproject: an integrated phosphate project in Tebessa, in the east, will export fertilizer. In Bejaïa, further north, a large lead-zinc deposit is going to be exploited. Other programmes are on the table as part of an action plan to revitalize the sector.

Today, the European Union needs to look for other resources, which are not too far away, whose potential is well known: Algeria!
Messaoud Houfani
Minister’s Advisor, Algerian Ministry Of Energy And Mines
“Today, the world economy needs metals, needs mineral products, and Algeria wants to seize this opportunity to create wealth, to create employment, to develop our country and to leave future generations with substantial projects, projects of value,” says Messaoud Houfani, Minister’s Advisor at the Algerian Ministry Of Energy And Mines.

Algeria wants to intensify its search for rare earth elements, which are highly prized internationally. They were mentioned in the Algiers declaration signed by the Algerian and French presidents in late August.

“It is time to come and work together, to exploit what is exploitable and to look for what is not yet found but which may be found promptly,” says Houfani. “Today, the European Union needs to look for other resources, which are not too far away, whose potential is well known: Algeria!”

To facilitate progress, the country has just reformed its mining law and decided to create a new school for future mining professionals.

Prepare for Evacuation – FG Warns as Floods Kill Over 600