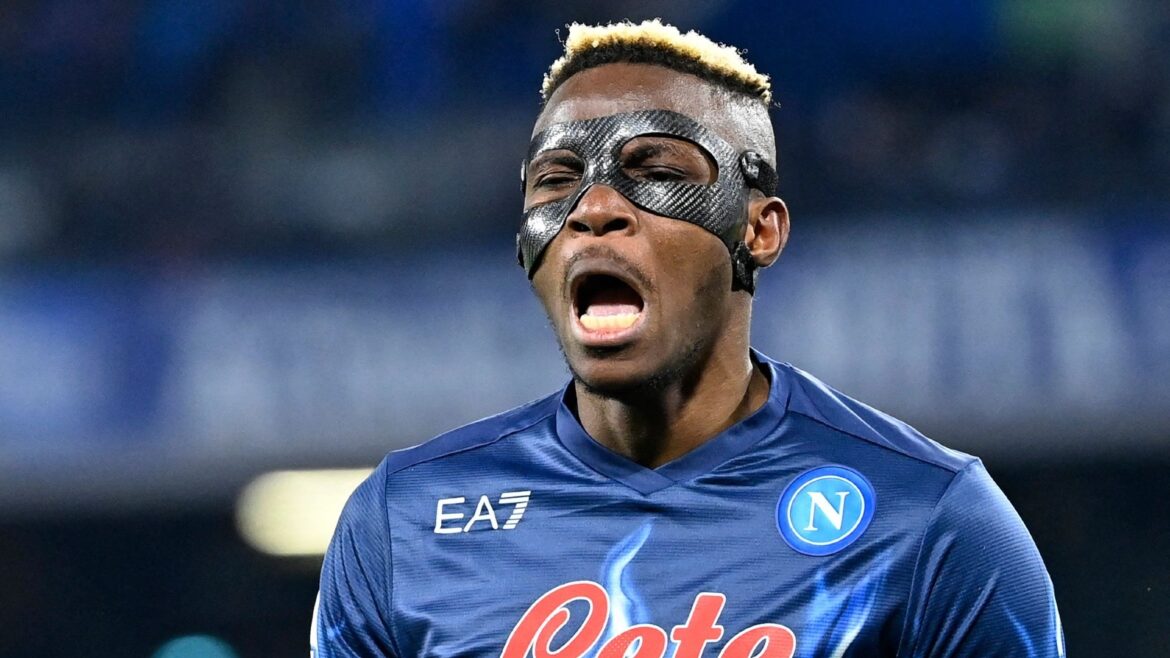 Victor Osimhen scored the winner as Napoli extended their unbeaten league run to 10, putting them top of the table.

The Super Eagles striker scored the winning goal as the Parthenopeans continued their blistering form at the start of the 2022-23 season. With scores tied 1-1 at half time, Luciano Spalletti threw Osimhen into the fray for Giacomo Raspadori.

Four minutes into the second half, the hosts took the lead courtesy of Hirving Lozano, but Bologna restored parity through Musa Barrow. Nonetheless, the former Lille striker sealed all points for his side in the 69th minute after he was teed up by Khvicha Kvaratskhelia.

Napoli have overtaken Ademola Lookman’s Atalanta as leaders of the Italian elite division. Interestingly, the Naples-based team are yet to lose any of their matches in the league so far and should they continue this fine form, they will be in pole position to emerge as Serie champions at the end of the 2022-23 campaign.

Osimhen has three goals in six games this season. Due to his injury setbacks, many expected him to lose his place in Spaletti’s squad – however, he has silenced the naysayers and once again justified why he is a key player in the Napoli squad.
Stats showed that three of his four goals were on target while he won three aerials and provided one key pass. Also, he was fouled twice, dispossessed once and caught offside one time.

Napoli have scored seven goals with their substitutes in Serie A this season, more than any other side in the big-5 European leagues this term.

Osimhen’s resurgence after his injury nightmare has not gone unnoticed by enthusiasts who waxed lyrical about him.

Spalletti’s men are guests of Jose Mourinho’s Roma before they face Rangers in the Champions League.