- UBEC attests to the Oyo's commitment to Education 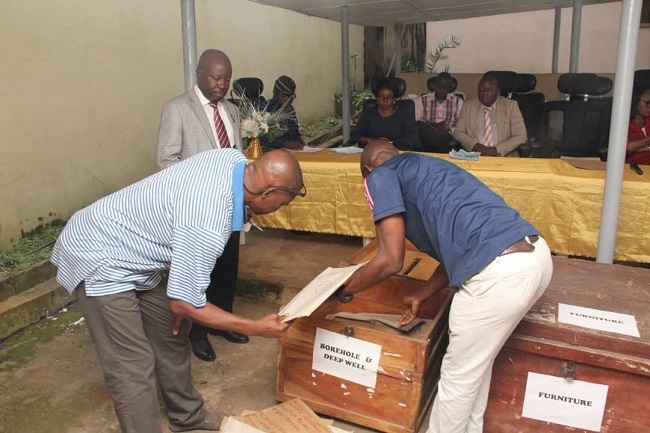 No fewer than 453 local contractors on Thursday participated in open bidding for the construction/renovation of public schools and other facilities recently advertised by the Oyo State Universal Basic Education Board (OYOSUBEB).

He added that the bid, conducted in the presence of the contractors and a few government officials at the premises of the Board, followed Governor Seyi Makinde’s directive about government contracts adhering to the public procurement process for transparency and accountability.

Dr. Adeniran said a total of Two Hundred and Twenty-three (223) projects were bidding for under the FGN-UBEC-SUBEB’S intervention project.

Applauding the present administration’s efforts in the Education sector, Adeniran noted that in spite of the State Government’s spending on various developmental projects in the areas of Health, Road construction, Agriculture, Social Welfare, and a host of others which have been yielding positive results, the Board has also been able to roll out four years Intervention Projects in three years of assumption of office.

“His Excellency’s resilience in resuscitating the ailing standard of education in the State is highly commendable”, he said.

“This can be unequivocally stated as an unparalleled achievement that needs to be applauded”, Adeniran added.

He stressed that the annual intervention fund runs to billions of naira which are jointly and equally contributed by the State and Federal Governments for the development of Basic Education in the State.

Adeniran hinted that Oyo State has accessed all the accrued funds to date, saying “it should be accentuated that our State is doing brilliantly well in terms of developmental projects”.

He also applauded the efforts of the Executive Secretary, of the Universal Basic Education Commission in facilitating free and qualitative Basic Education in a conducive learning environment for every Nigerian child, irrespective of their location in the entire country.

Speaking at the bid opening exercise, the representative of the Universal Basic Education Commission, Dr. (Mrs) Aisha Abdul attested to the Oyo State Government’s commitment and passion for the Basic Education sector.

She applauded the efforts of the Board in ensuring transparency, fairness, and accountability, which has not been compromised.

She appealed to the successful contractors to follow the contract modalities and regulations guiding the projects.

The Projects bidding for include:

(i)Construction of a block of 4 classrooms: 15

(ii)Construction of a block of 3 classrooms: 46

(v)Renovation of blocks of classrooms: 53

(viii)Procurement of Furniture which has been broken into 56 lots (a total of 8533 desks & benches as well as 502 pairs of teachers’ tables and chairs).