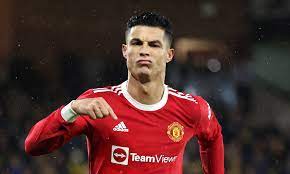 Manchester United boss Erik ten Hag has lauded the achievements of Cristiano Ronaldo, pointing out that most players do not “achieve 700 games”.

The Portuguese superstar has gone considerably better than that, with his latest Premier League goal – which came in a 2-1 victory over Everton at Goodison Park – taking him to 700 in club competition.

Records continue to tumble around the five-time Ballon d’Or winner, who has made a habit of rewriting the history books over the course of a remarkable career, and his current manager is among those to have been left stunned by a level of consistency that the vast majority of professionals can only dream about.

Ten Hag has told United’s official website of seeing Ronaldo reach another notable landmark: “It’s phenomenal. And football is [about the] team and we express this in a way – I think Cristiano, he knows we can’t do it without the team but I must say it’s a huge individual performance.

If you achieve this, it’s incredible – 700 goals for a club and not many players even achieve 700 games, and he scored 700 goals. So I’m really happy for him, really want to tell you that and I congratulate him.”

Alongside his stunning efforts at domestic level, Ronaldo – who now has 117 goals for his country – is also the all-time leading scorer in the history of men’s international football and in Champions League competition.

Ronaldo scored the 700th club goal of his career, 20 years and 2 days after his first. The Portuguese forward has netted 144 goals for Man Utd, 450 for Real Madrid, 101 for Juventus and five for Sporting CP.

United will be back in Europa League action when playing host to Omonia Nicosia on Thursday, before staying on home soil as Newcastle pay a visit to Old Trafford on Sunday.
(Goal)

Skibii gifts 400k to man who braided his girlfriend’s hair