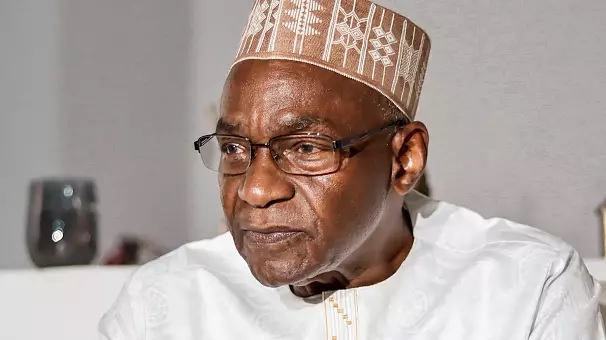 Former Chadian opposition figure Saleh Kebzabo says that the respect of “all freedoms” and “human rights in all their forms” will be part of the programme after his appointment by Chadian ruler Mahamat Idriss Deby as Prime Minister to lead a government of national union.

Deby named Saleh Kebzabo, 75, a former journalist who ran four times for the presidency against his iron-fisted father, Idriss Deby Itno, to steer the country back to civilian government.

The 38-year-old five-star general took over after the elder Deby, in power for three decades, was killed during an operation against rebels in April 2021.

But he has since angered many at home and embarrassed backers abroad by pushing to stay in power beyond an initially-promised deadline and contest promised elections.

Speaking to journalists on Wednesday, Kebzabo promised to “accompany” the young Itno “in a great endeavour… the next two years of political transition.”

Kebzabo, a fierce opponent in the last years of the elder Deby’s rule, had been swift to recognise his son as leader after his death. Two leaders from his UNDR party took part in the first transition government named by the junta.

Deby’s junta had originally declared it would restore civilian rule after 18 months in power, and he had at first promised not to take part in the elections that would follow.

But as the 18-month deadline neared, a nationwide forum staged by Deby reset the clock.

Last weekend it approved a new 24-month timeframe for holding elections, named Deby “transitional president” for the interim and declared he could be a candidate in the poll.

Deby was sworn in on Monday, vowing to name a “government of national union” within days.

The outgoing premier was 55-year-old political veteran Albert Pahimi Padacke, who had served for 18 months and had also been prime minister under Deby’s father.

He formally resigned on Tuesday along with his government

A semi-desert country located in the heart of central western Africa, Chad has been chronically unstable since it gained independence from France in 1960.

Under the elder Deby, Chad became a valued ally to western countries fearing the spread of jihadism in the Sahel.

But foreign displeasure at his son’s push for power, in defiance of appeals for an earlier handback to civilian rule, was visible at Monday’s inauguration ceremony.

The African Union snubbed the event, while France and the European Union were represented only by their ambassadors.

Just three weeks earlier, the AU had urged the junta not to extend its stay in power beyond 18 months and “unequivocally” warned against any of its members taking part in the future elections.

With the exception of Nigerian President Muhammadu Buhari, no other African countries sent their heads of state. A handful of important neighbors — Niger, the Central African Republic and Democratic Republic of Congo — were represented by their ministers.

The AU and the West African bloc ECOWAS have been fierce critics of the string of coups that have swept the region in the past two years, with takeovers in Guinea, Burkina Faso and Mali as well as Chad

Enrica Picco of the International Crisis Group (ICG) think tank said the junta had been formally dissolved as a result of the forum, which meant Deby’s powers would be “widened and extended” as transitional president.

Picco said the choice of the incoming government presented an opportunity for Deby, giving him the chance of building bridges in his divided country.

On the other hand, if the government is “totally closed off to the parties, armed groups and civil society who did not take part in the dialogue, everything is possible — protests, or armed groups taking up their weapons again resuming attacks,” she said.
(Africanews)