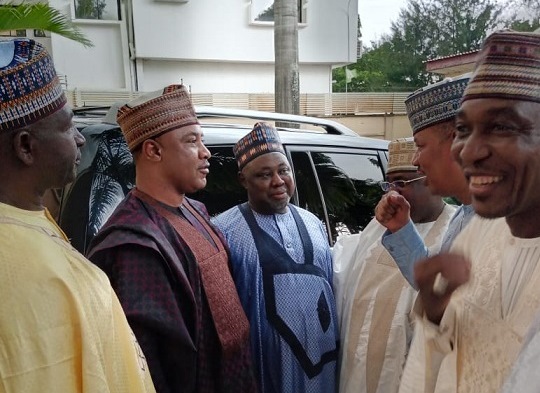 The All Progressive Congress (APC) Governorship candidate Dr Nasiru Idris Kaura Gwandu has congratulated the Governor of Kebbi State, Senator Atiku Abubakar Bagudu, and the Minister of Justice, Abubakar Chika Mallami over the well-deserved prestigious National Merits Awards of the Members of the Federal Republic of Nigeria by the President Muhammad Buhari.

Kaura who spoke to Newsmen through his Media aid Comrade Ahmed Idris on Tuesday described the two National merit Awards as a great achievement to the people of Kebbi State.

Gwandu who also thanked President Muhammad Buhari for considering the Kebbian for the prestigious award prayed for God’s guidance and protection.

He urges other elite in the state to also emulate the same good performance of the two awardees as they have demonstrated good work by leaving a legacy behind.