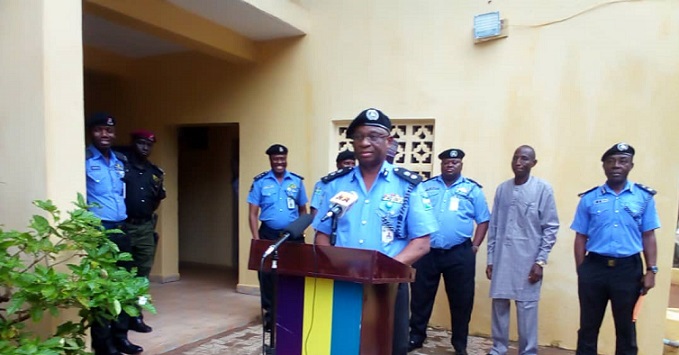 Police in Kebbi State has arrested 2 men, Mansur Musa and Aminu Musa of Garin Baka village, Birnin Yauri of Ngaski LGA of the state for allegedly cutting off the manhood (penis) of a 12 years old boy.

“On the 24th September 2022  one Ismail Idris aged 12yrs from Garin Baka village, Birnin Yauri District of Ngaski LGA, was found lying down unconscious in a pool of his blood along Unguwar Koda forests with his manhood (penis)  been cut off by unknown person(s).

“The victim was rushed to Federal Medical Centre, Birnin Kebbi, for medical attention.

“On receipt of the report, a team of detectives was detailed to investigate and they succeeded in arresting one Mansur Musa and Aminu Musa all from’ the same address in connection with the case.”

The case will soon be charged to court after completion of the investigation, he added.

The CP also said they have arrested a man Bashir Ibrahim of Kangiwa town in the state for allegedly raping his mentally infirm sister.

He told journalists that Ibrahim took his sister into the drainage on September 26 and forcefully had sexual intercourse with her.

CP Kwantagora said the suspect would be charged to court after the investigation.

“One Danjuma Tanko, ’30’, of Zariya Kala-Kala village, Koko/Besse LGA, of Kebbi state,  dubiously took an eight-year-old girl of the same address who was selling beans cake into the house of one Umaru Dauda and forcefully had sexual intercourse with her and gave her N200 naira.

“Later, the suspect also gave the said Dauda N200 for using his room to perpetrate his evil intention.”

He, therefore, called on the members of the public to monitor their surroundings to stop such incidents and help provide the command with useful information on suspicious persons.