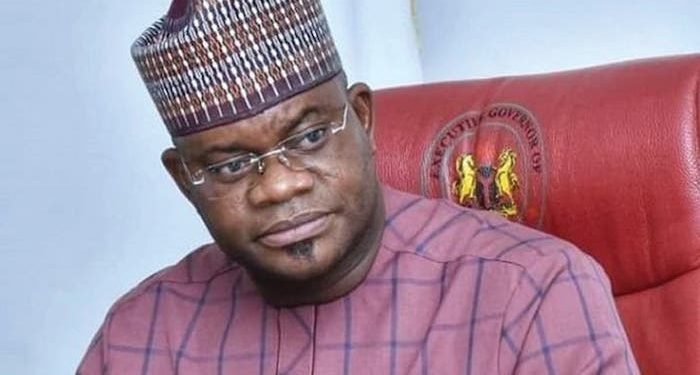 The Kogi State Government, on Thursday, presented to the public, the report of the Specialised Technical Committee on the Evaluation of the Legality of the Alleged Acquisition of Obajana Cement Company Plc by Dangote Cement Company Limited.

The detailed report, submitted to Governor Yahaya Bello of the state, last month, was presented to the public by the Secretary to the State Government, Dr. (Mrs) Folashade Ayoade.

The move is suggestive of the resolve of the Kogi state government to take over ownership of the giant cement Company partly owned by the Dangote group.

Kogi State Government is a part owner of the cement Company with a 10 percent equity share, which is now in dispute.

Dr. Ayoade, claims with documents that the purported transfer of Obajana to Dangote Industries Limited, was “invalid, null, and void”.

Ayoade disclosed in the report that three Certificates of Occupancy for Obajana Cement Company Plc, indicate Kogi state ownership of the company but Dangote group used the same documents, to obtain a loan of N63billion for the construction of the cement Company.

According to her, the Committee, in view of its findings, has therefore recommended that Kogi State should take steps to recover Obajana Cement Company from the Dangote Group.

The Committee, chaired by the SSG, also recommended that: the “Kogi State Government should take steps to recover all accrued dividends from profits made over the years, including accrued interest on same.

“Kogi State Government should take steps to cancel the existing seven Certificates of Occupancy in the name of Dangote Cement Company.”

Stressing that there was an aberration in the arrangement, saying “Agreement between Kogi State Government of Nigeria and Dangote Industries Limited, dated 30th July 2002 and supplemental agreement dated 14th February 2003, as contained in Exhibit 71 of the Judicial Commission of Inquiry Report, purporting the transfer of Obajana Cement Company Plc to Dangote Industries Limited, are all invalid, null and void.

“By the assignment of the three certificates of occupancy, the title in Obajana Cement Company Plc still vests in Kogi State Government as the sole owner. The three documents were used to obtain a loan of sixty-three billion Naira only (63,000,000,000.00) to finance the construction of the cement plant in Obajana.

“It is clear that you cannot sell a state government property of any form without the resolution of the Kogi State House of Assembly.

“All the transfer process of the share capital to Dangote from Obajana by the previous administration was without any law backing it by the state House of Assembly,” Kolawole stated.

In his remarks, Governor Yahaya Bello said that he had taken the bold step, in line with his mandate to safeguard the lives and livelihood of the people of Kogi State, including residents, and to ensure their well-being.

Governor Bello said this was also coming on the heels of protests by the people of the state who felt they had been suppressed and marginalized by the Dangote Group who had come to rip them off.

The governor, however, said that the state government was open to discussions once Dangote Company Plc is ready to come clean.

Governor Bello said with emphasis, “We received several petitions from the general public over this particular subject matter. In the past five to six years, all efforts to sit with the proprietors of the Dangote Conglomerate failed.

“We set up a committee to look into this and invited the Dangote company to discuss with them and tell them the imminent dangers they are exposing the people to, but it all fell on deaf ears.

“I am here to defend my people, and from all reports, it is clear that Obajana Cement Company does not belong to Dangote,” Governor Bello declared.

Dangote cement Obajana has been enmeshed in disputes with Kogi state government over the ownership claims by both parties and the controversial sale of government equity shares to Dangote cement by Ex-Governor Ibrahim Idris’s administration.

The controversial sale of a 10 percent state equity share to the Dangote group by the Idris administration is being probed by the Kogi state House of Assembly, which is hellbent on revoking the sale transaction as the Dangote management team has made appearances on the floor of the House following months of hostilities between the two parties logged in equity share disputes.

The cement plant has been shut down on Wednesday following an armed attack on the Obajana cement complex, which left seven workers with gunshot wounds after the shooting incident.

Wednesday’s alleged invasion sparked tensions in the cement plant, and the hostilities between the two parties continue amid entreaty while the enraged Residents of the host Obajana Community called for a peaceful resolution of the disagreement.