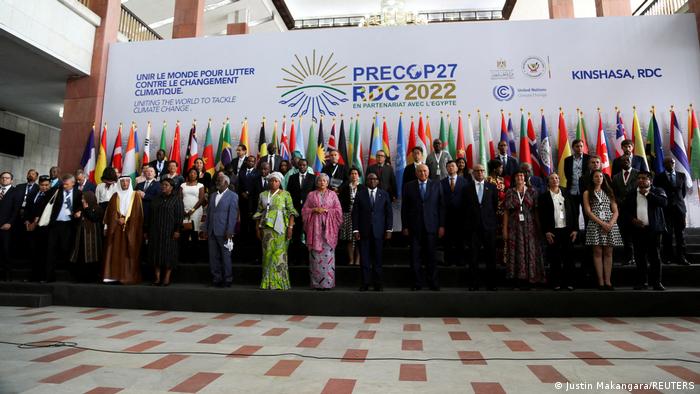 Delegates from over 50 countries participated in a Pre-COP27 meeting held in DRC’s capital, Kinshasa.

The purpose of the event was to prepare for the COP27 summit taking place in Egypt in November.

Climate activists praised progress made and want to make sure that previous promises are kept.

“We can say thank you for the efforts, especially on the issue of loss and damages, on which progress was made, as we heard from the representative of Norway of the European Union, which is good.

But the question of adaptation, it depends, will we be able to reach 40 billion by 2025?

Will we be able to set up a new protocol for loss and damages? As the Executive Secretary said: “The devil is in the detail”. That’s why as citizens we are here to make sure that what has been said here is carried out”, said Sena Alouka, Togolese activist from the NGO “Young environmental volunteer”.

The DRC’s senior climate negotiator said the objective was to reach an agreement on funding money that reflects the needs of developing countries.

“From 2025 onwards, we will have to come up with a new figure, and developing countries and Africans no longer want it to be just a political figure, a round figure like the 100 billion that Hillary Clinton launched in 2009 in Copenhagen, but a figure that truly reflects the needs of developing countries”, said DRC’s senior climate negotiator, Tosi Mpanu Mpanu.

As host country of COP27, Egypt has pledged to make fighting global warming the priority of the November summit.