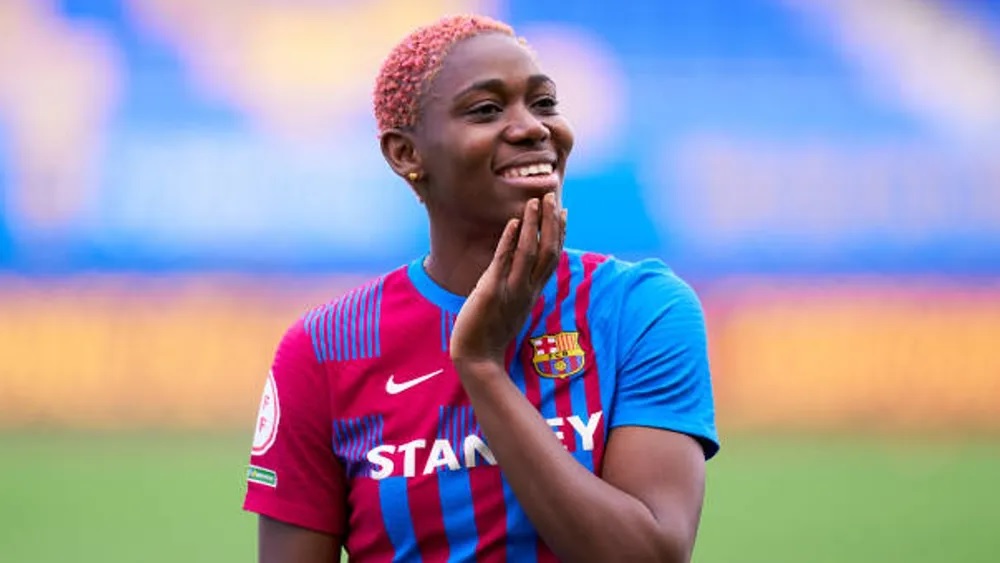 The Super Falcons have been dealt a big setback with less than 24 hours prior to their international friendly against the Asians.

The reigning African Women Player of the Year did not join the West Africans before the deadline set by coach Randy Waldrum, however, no reason was given for her no-show.

However, she was spotted training with the Blaugrana on Wednesday afternoon – which confirms her non-participation in the fixture billed for the Noevir Stadium in Kobe.

A post on social media by the Super Falcons claimed that the latch arrivals were Amanda Mbadi, Ngozi, Okobi, Uchenna Kanu and Vivian Ikechukwu.

With Oshoala’s absence, coach Waldrum would be counting on Atletico Madrid’s Rasheedat Ajibade to wreak havoc against the Asians who are unbeaten in their last five matches in all competitions.

For Barcelona, having the Nigerian is a big plus for their preparations for next week’s Uefa Women’s Champions League showdown against Portuguese outfit, SL Benfica inside Estadi Johan Cruyff.

Alongside Oshoala, Nigeria will face Japan without Tosin Demehin, Gift Monday, Rofiat Imuran, and Yewande Balogun due to contrasting reasons.
Oshoala is the first and only African to win the Uefa Women’s Champions League title.

The striker will try to make the most of the international break and get fit so that she is up and running to face Athletic Club on October 15.