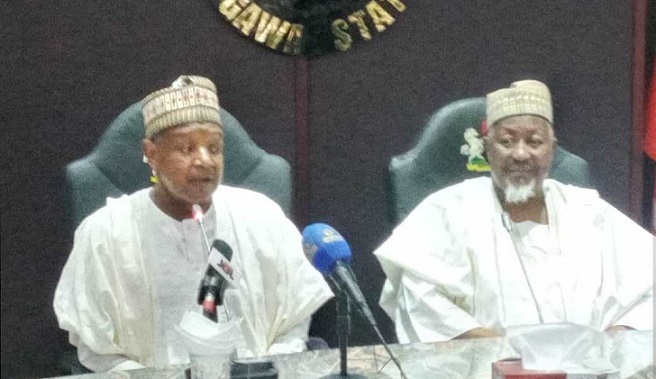 He made the donation when he paid a sympathy visit to his Jigawa State counterpart, Governor Muhammad Badaru at Government House in Dutse on Tuesday.

Bagudu expressed his deep sympathy and sorrow over the loss of lives recorded in the devastating flood in the state.

Responding, the Jigawa State Governor, Muhammad Badaru Abubakar appreciated the governor for the sympathy visit on behalf of the people of the State.

Governor Bagudu also made a similar sympathy visit to the Emir of Dutse, his royal highness, Nuhu Muhammadu Sanusi in his palace.

It would be recalled that the flood in Jigawa has claimed many lives who died by drowning and collapsed buildings.

Thousands of structures, mostly houses, bridges, and roads were destroyed by the flood, forcing many communities to relocate to Internally Displaced Persons (IDP) Camps across the state.