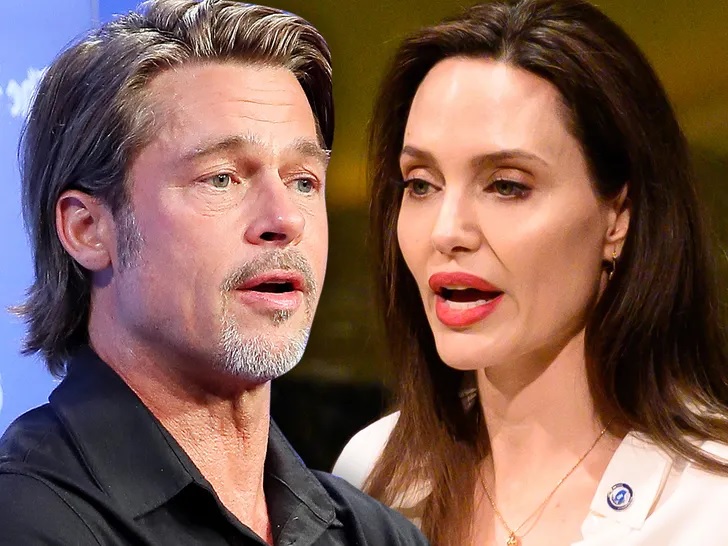 Angelina Jolie is on a smear campaign against Brad Pitt, hashing and rehashing the same allegations she’s made for years — allegations that have fallen flat with authorities — this according to sources close to Brad.

Our sources say Angelina’s repeated attempts to paint Brad as a child abuser has taken an extreme toll on their 6 kids, who are now all but estranged from their dad. As one source put it, Brad now has a “limited and strained relationship, because of her campaign of alienation.”

The sources point out … Angelina has claimed since 2016 that Brad got physical with at least one of their kids on a private jet and even poured beer on her. Brad has denied the allegations, but Angelina pressed authorities to prosecute him.

The FBI investigated and concluded the allegations were insufficient to move forward. Our sources say there was also an investigation by the Dept of Children & Family Services which was closed out because of a lack of evidence.

Angelina then went to family court in an attempt to convince the judge in the divorce case that Brad was an unfit parent who should not have any custody. The judge listened to the evidence and gave them 50/50 custody … essentially rejecting Angelina’s claims of abuse.
She then filed what she thought was anonymous freedom of information lawsuit against the FBI, asking to make public her allegations regarding the private jet incident.

And just yesterday, she filed legal docs in connection with a dispute over a winery they jointly own. As our sources say, the winery lawsuit has “zero” to do with her allegations of abuse, yet she recounted her claims in great detail.

One more thing … the sources point out, Brad has never publicly uttered a bad word about Angelina, for the sake of their kids. They add, however, he’s deeply wounded by what he believes is a vicious, unrelenting attack.
(TMZ)