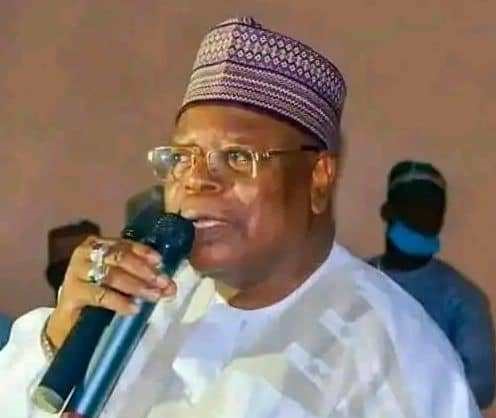 The Senate leader, who was speaking to our correspondent in Sokoto, clarifies the issue circulated concerning his alleged planned defection to the Peoples Democratic Party (PDP).

It could be recalled that the Senate leader lost alongside other aspirants in the APC Gubernatorial primaries held a few months ago which made many in the state presume that he may likely dump the party, as done by others.

His words:  “I remained in APC and I will do whatever possible to ensure that the party succeeds from top to bottom in the forthcoming 2023 general elections.

“APC is fully prepared and up to the task to secure another mandate come 2023, I am optimistic Bola Ahamed Tinubu will become the next president of the federal republic and Ahamed Aliyu will be the next Governor of Sokoto state.

“I am hundred percent together with our party leader in Sokoto, senator Aliyu Magatakarda Wamakko who has been my bossom associate for over forty years and still in close contact against all odds.” stated the Senate leader.

“I am the chairman, senate  caucus of the party, I and my colleagues in the upper chamber are working to ensure that our party, the APC become victorious at all levels of national and state Elections”

“APC has come to stay; Nigerians and indeed entire citizens should come out in mass and give party arousing victory at the polls come 2023.

Commenting on ASUU’s seven months old strike, the Senate leader blamed the union for taking a dangerous trend that would affect the lives and future of Nigerian students, he said it’s long overdue for the government to proscribe or create a parallel ASUU within the system.

“Am quite optimistic some members of ASUU are willing to go back to Classrooms, those with the feeling and passion for the job, except ASUU leaders who were toiling with the future of our children who majority will have graduated by now if not for the wanton strike action.”

On the security situation bedeviling the country, especially north, the Senate leader said the leadership of the National Assembly has met with the service chiefs and asked them to secure Nigerian roads, particularly Kaduna/Abuja, Kano/ Sokoto road, Sokoto/ Sabon Birnin, Kaduna/ Birnin Gwari and many others roads around the country for citizens to move around freely.

“You see since then there is a lot of improvement on security on major highways as promised, they are talking war to the doorsteps of the enemies and that’s what we want them to continue doing for the country to achieve a lasting and stable peace.”