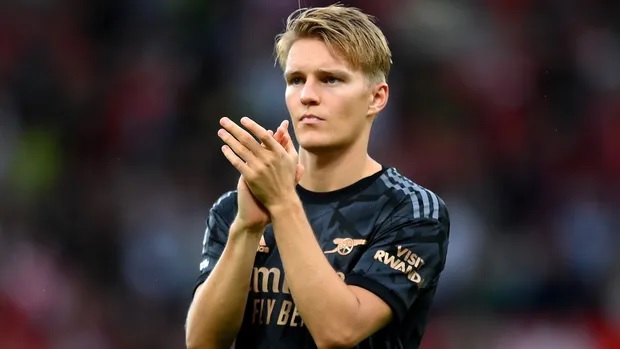 Jurgen Klopp admits he has “always followed” Martin Odegaard amid talk of Liverpool being in the transfer mix before a move to Arsenal was made.
The Norway international midfielder burst onto a senior stage at the age of just 15, with a high-profile switch in 2015 taking him onto the books of La Liga giants Real Madrid.

He was unable to make an impression in Spain, but always had enough about him to convince Klopp that he would be a shrewd addition. The German coach has revealed that he wanted to do a deal at Borussia Dortmund before talk of renewed interest surfaced prior to Odegaard linking up with Arsenal on an initial loan agreement in January 2021.

Klopp has told TV2: “I really like him. It’s easy these days. It was a bit more difficult at the start of his career when he was at Real Madrid. Then it looked like it might not go his way.

I was really disappointed by that, because we wanted him in Dortmund when he was very young. We had a long conversation when he was still a boy, together with his father.
In the end he decided on Madrid, and that’s fine, but that’s why I’ve always followed him.”

The Liverpool boss added: “You can only imagine how many talents, huge talents, crazy talents, I have seen over the course of quite a while in this industry.
At the time, Martin was 15 years old and already playing in Norway. The whole world went berserk. Until he was 15, he probably experienced no hardship. After that, a lot of things went against him. It makes him the person he is now, the man he is now, and the player he is now. I’m really happy that he has now become the player we all expected him to become. In fact, even better than that, if you will. He plays a massive role in an incredibly strong Arsenal team.”

Odegaard has rediscovered a spark since linking up with Arsenal and was handed the captain’s armband at Emirates Stadium by Mikel Arteta ahead of the 2022-23 campaign.

Arsenal are flying high at the top of the Premier League table, with seven victories taken from eight games so far, while Liverpool have stumbled out of the blocks and find themselves 11 points off the title-chasing pace and languishing in ninth spot.
(Goal)