Menu
Home Opinion PDP Exodus in Gombe: Who is to Blame?
Opinion 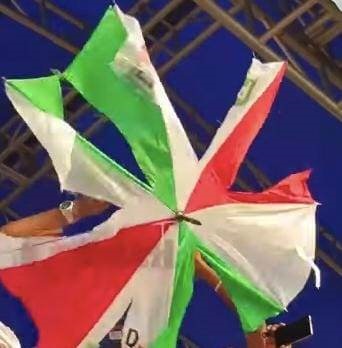 Of all the interesting leaders the world has seen, the one that fascinates me the most is the great Alexander.

He was able to accomplish so much because he reckoned early enough that the greatest weapon he could ever have was a team of loyal men around him.

He knew of the magic of the power of a unified front and he did not hesitate to pay whatever price it took to bring his men together.

Those who worked on the water knew how important the anchor is. Without it, canoes wander from shore and are lost. A good leader is like Alexander; an anchor, holding everyone together.

A few weeks ago, I wrote about the need for the PDP gubernatorial candidate of Gombe to show some level of deference to other members of the party.

My plea was for him to, like Alexander the great, be the anchor of the party so he can keep the party’s fighting chances alive by keeping its members united.

Well, it turns out that this is a Schrodinger’s cat situation. In the past week, there has been a crazy exodus from the PDP of important party men who had held the forte even during tumultuous times.

I am talking about important party men Ahmed Abubakar Walama and Alhaji Maigari Usman Malala. These are men who command a sizeable amount of followership.

Sadly, however, the PDP guber candidate has failed to see their importance. As a result, PDP’s loss has become APC’s gain.

The failure of Alhaji Danbarde to embrace everyone and serve as an anchor for the party is fast turning a gubernatorial contest in Gombe into a one-man show.

Should he continue on this path, there is no telling the number of men the party will lose to the opposition between now and d-day.

For a party that hinges its entire national campaign on unification, Alhaji Danbarde is certainly undoing a lot of the national party efforts at the local level. One can only hope that he will eventually hearken to the voice of reason before we cross the rubicon.

BBNaija 2006 – 2022: Celebration of Immorality in TV Reality Show or Avenue for Wealth Creation