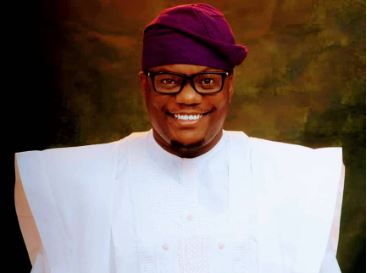 An Ibadan-based entertainer, Olakunle Akinsete has advocated for more inclusion of young Nigerians in governance, saying they play a vital role in developing the Nation.

Congratulating citizens on Nigeria’s 62nd Independence Anniversary, Akinsete, who is vying for an elective position in Oyo State, said Youths are more ready than before to take on the older generation.

According to Akinsete, the coming general election gives Nigerian youths the opportunity to choose right.

“Yes, the older generation has reduced the vibrant and innovative portion of the country to being sports ministers, Commissioners for Youths, and Sports Development at various tiers of government. But then, we have more to offer than this”, he said.

Speaking in Ibadan, on Monday, Akinsete said: “the youths are ready to take on the mantle of leadership, neither will our youths no longer make themselves available for the political class to use in fomenting trouble during elections”, he affirmed.

The Ibadan-based entertainer, who is vying for an elective position in the Oyo State House of Assembly, is contesting on the platform of the Social Democratic Party, SDP.

He is seeking to represent Ibadan South-West Constituency 2 in the Oyo State House of Assembly.

Unveiling his plans to contest under SDP, Akinsete, popularly called, Shete, said, “I want to leverage on me as an entertainer and my constituency entertainment at large”.

Following his announcement, top entertainers in Ibadan, have pledged their support for Shete, urging other young people to do the same.

Meanwhile, Shete has commenced a community tour of Lounges and Event centers in his constituency, with fellow entertainers free of charge.

The tour will feature comedians, musicians, and artists, from Ibadan city.