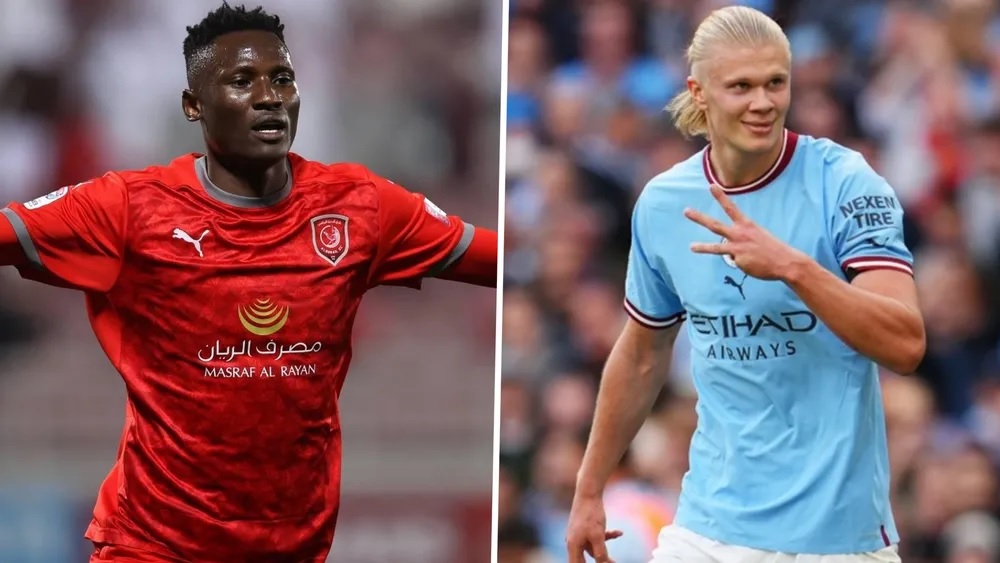 Michael Olunga continued with his goal scoring form after he secured a 1-1 draw for Al-Duhail against Al Gharafa in the Qatar Stars League Cup.

In the Round three fixture at Al Egla Training Facility Field 4, Olunga and Duhail found themselves trailing in the 45th minute when defender Mehdi Tahrat put Gharafa ahead against the run of play in the 45th minute.

Duhail were forced to wait until the 71st minute when the lanky Harambee Stars captain powered home with a powerful left-footed effort to make it 1-1.

Olunga has now scored seven goals in the domestic competition in three matches. He scored a hat-trick as Duhail defeated Al-Markhiya 8-3 on September 20 and was at it again with another three goals as they beat Al Arabi 3-2 on September 26.

The 22-year-old Norwegian has netted in six successive top-flight appearances, scored 14 goals already in this campaign and set up three goals for his teammates. He has scored three hat-tricks in three successive league home matches against Cyrstal Palace, Nottingham Forest and Man United.

The Kenyan forward once again proved to be one of the key players for the Red Knights and coach Hernan Crespo with his goal to salvage a draw.

The result saw Duhail remain top of Group B with seven points from three matches. Al Arabi are second on six while Gharafa are third on five.

Olunga has so far in this season scored 12 goals, seven in the domestic cup and five in the top-flight. His display implies he will still be the man to beat for the Golden Boot Award this season.

Last season, he won the top scorers award ahead of Ghana’s Andre Ayew of Al Sadd after notching 24 goals from 20 appearances.

Olunga and Duhail will return to action with another Qatar Stars Cup game against Al Rayyan at Al Egla Training Facility Field 4 on Saturday before they face Al Shamal at Qatar University Field 4 on October 15.