BBNaija 2006 – 2022: Celebration of Immorality in TV Reality Show or Avenue for Wealth Creation 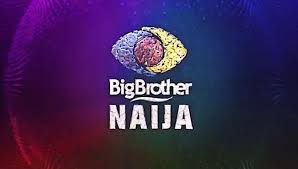 This novel which was published in 1949 tells of a dystopian world in which there are cameras and audio microphones on everybody all the time.

This novel tells the pathetic story of post-Word War II citizens of Europe countries under their dictatorial and totalitarian leaders – leaders that spy/keep strict surveillance on the people to prevent any uprising.

In this political satire novel, the footage is viewed by the ‘thought police, which is where the series gets its format.

Big Brother in BBNaija who watches and listens to every housemate through the surveillance cameras and audio microphones 24/7 represents the ‘thought police in the Nineteen Eighty-Four novel.

Founded by John de Mole Jr, a Dutch billionaire and media Mogul who also created the popular American reality shows – ‘The Voice’ and ‘Fear Factor, BBNaija is a Nigerian reality television show in which contestants not below the age of 21 live in an isolated secluded house and compete for a large cash prize and other material prizes under the surveillance of live TV cameras and audio microphones.

In this show, the housemates nominate among themselves those the viewing public will vote for eviction.

The housemate(s) with the least votes is evicted on regular basis until the last week when the surviving mates go into the finale.

The housemate with the highest votes on the last day becomes the winner and takes home the winning prize.

Why host the first 3 seasons in South Africa and not Nigeria?

The first three seasons of BBNaija of 2006, 2017, and 2018 were not only transmitted but hosted in South Africa despite –

Having all Nigerian housemates and crew

The reasons included the following:

1. There was an already existing Big Brother house in South Africa that Nigeria never had.

2. There was the need to put out quality content.

3. It was necessary to meet timelines and datelines.

6. The facility used for the earlier 9 Seasons of Big Brother Africa was available for other African countries in South Africa until a time when each of the countries had developed theirs.

7. DSTV and M-Net who have the sole rights of transmission of the program are South African companies.

Why is BBNaija so popular?

Big Brother Naija is one of Nigeria’s and Africa’s top most watched TV reality shows. It’s a thrilling show filled with fun, emotions, drama, controversy, conflicts and misunderstanding, love, lust, games, and even some level of display of nudity.

In this show, housemates are treated to a variety of food and drinks, maximum comfort, and a variety of Saturday night parties with music dished out by some of the best DJs in town.

The housemates also relish the visitations from celebrities and other professionals who serve as models to be emulated.

On the other hand, the 2019 BBNAIJA votes were extraordinarily far higher than the entire National votes for the 2019 presidential election.

According to figures released in 2019 by Pay Porte, BBNaija votes for that Season 4 were 240 million votes out of which 50 million votes were cast in the finale of that “Pepper them” Season 4 of 2019 BBNaija.

How much evidence of popularity do want more than this?

The housemates also seize the opportunity to showcase their own individual talents to the whole world for companies, industries, businesses, marketing conglomerates, etc for possible signing on.

It cannot be overemphasized that the youths who make up about 60% of Nigeria’s 200 million population are addicted fans of BBNAIJA.

To these youths, BBNaija speaks their language and appreciates and understands where they are coming from. To them, BBNaija is not just an entertainment platform, it’s an identity, it’s a ‘religion’ that commands a cult following.

A Pandora’s Box of immorality in a TV reality show or not, the generality of a cross-section of Nigerians have openly expressed their displeasure with the nudity and obscenities displayed by housemates of the BBNaija TV reality show.

Some have even called on the National Broadcasting Commission and other relevant broadcast and censorship boards to place an outright ban or withdraw the license and broadcast rights of the organizers of the show.

Such advocacy is premised on the fact that this TV reality show is not just an invasion of the people’s privacy, but that it encourages the menace of decadence and sexual violence in society.

They go further to argue that the tenets of our religious, tribal, and cultural norms do not support the kind of immorality displayed on the TV screens by young boys and girls.

However, as a writer and social critic, yours sincerely will join those opposed to the immorality school of thought to debunk the arguments put forward by the proponents of the immorality agenda.

The accusation of open display of immorality and nudity by young boys and girls confined in a house 24/7 for a long period, and beamed to the living rooms of viewers is a misplaced allegation out of misinformation, the refusal to get acquainted with the operational procedure of transmission and reception of TV programming, or the inability to verify the facts, because :

(1) The BBNaija TV reality show is strictly on a subscription basis and never on open-to-air viewing, and as such one has the option not to subscribe.

(2) All decoders come with ‘parental control’ facilities that enable subscribers to disable any undesired channel(s) where the content is offensive to the sensibilities of the viewer(s).

For the past 16 years, the activities of Bbnaija have become not only a source of employment opportunity but a forum for talent and content development for a myriad of entertainment-related businesses:

(1) In the 3rd Season, ie the 2018 ‘Double Wahala’, for example, a total of 170 million votes coming from 49 African countries were cast with 30 million coming in the final week alone.

If all these votes had been cast by SMS from Nigeria, it would have meant that GSM and data service providers also went smiling to the bank.

(2) According to figures released in 2019 by Pay Porte, Nigerians have a total of 240 million votes for the season out of which over 50 million votes were cast in the finale of that Season 4 ‘Pepper Dem’ 2019 edition of the Big Brother Naija.

This, therefore, revealed the spending of a whopping #7.2 billion on votes alone.

In addition, over #1.5 billion was spent in the finale – an amount higher than a month’s allocation to 3 states of Nigeria put together.

This indicates that the Nigerian is not just only talented, but also enterprising, innovative, resilient, creative, and resourceful.

It is an informal market of ideas and goods where business deals and endorsements are concluded.

(4) BBNaija has become a real business for all sectors to take advantage of the conducive business environment in order to add value to the national economy.

It is interesting to note that  Ebuka Obi Echendu was a housemate in the very first edition (2006) where he came in position 8 out of 14.

A lawyer by training, Ebuka has been the host of the show since from Season 2 to date.

These are the winners:

Big Brother Naija has been a controversial entertainment phenomenon in Nigeria, Africa, and on the global scene showcasing episodes in 8 Seasons from 2006 to 2022.

It is a sitcom not only for the young but also a pop culture of entertainment for the family.

From the shady confessionals to the dramatic and unexpected turn of events and revelations to the hot and passionate romances, to the twists and turns of jilted/broken agreements.

From the trust and confidentiality of partnership to petty jealousies to the tears of sad emotions of the evictions to the joyful tears of triumphal victories.

At the end of the day, not only that people are entertained, but a lot more others smile at the bank.