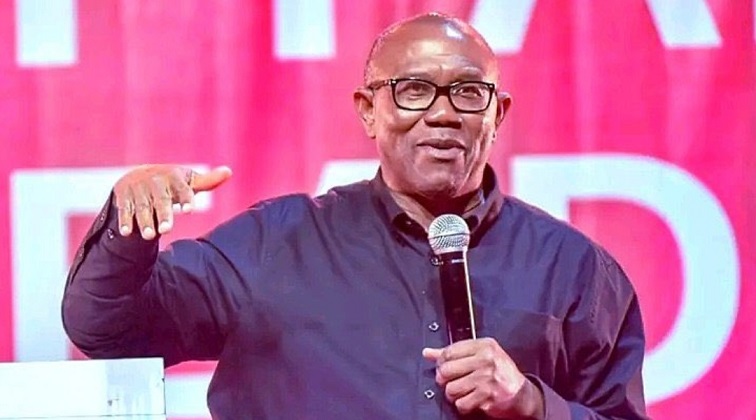 Quote of the day

“When we revolt it’s not for a particular culture. We revolt simply because, for many reasons, we can no longer breathe.

The future will have no pity for those men who, possessing the exceptional privilege of being able to speak words of truth to their oppressors, have taken refuge in an attitude of passivity, of mute indifference, and sometimes of cold complicity.” — Frantz Fanon (1925 – 1961)

What is a revolution?

A revolution is a political upheaval characterized by great change leading to the removal and replacement of a government.

It is a social movement by the people, of ideas and methods leading to a new system of doing things.

A revolution manifests especially in a situation where people completely and suddenly change their leadership, change their government, political system, or certain aspects of the status quo.

A revolution is achieved either through:

2. Military force of the barrel of the gun.

3. Mass civil public uprising of disobedience sometimes accompanied by destruction of property and or casualty of life, characterized by a series of uncoordinated events.

1. The political class irrespective of party affiliation will gang up against Obi/Datti in order to maintain and protect their own interests and investment in politics.

2. Top echelon of the Military and other security forces will be compromised by the political and elite class to scuttle the revolution.

7. The suffering masses whose survival is hinged on handouts and crumbs from the master’s table are ready forces for mobilization for counter-protests.

7. Fifth columnists/saboteurs within the rank and file.

What Peter Obi’s revolution is all about

Nigeria is ravaged by widespread insecurity that has led to catastrophic consequences of the destruction of life and property, poverty, food shortages and hunger, economic retrogression, massive unemployment, the collapse of industrial and manufacturing companies, and the collapse of the education sector.

Others include a regime of criminality and corruption, a gloomy economic outlook, and high foreign debts, religious and tribal intolerance heightened by a nepotistic leadership.

Consequently, the Obi/Datti Revolution, therefore, is determined to reverse these negatively contrived vices by the political class that has driven Nigeria to the brink.

This revolution is set to address the leadership failure that has caused these and the following myriad of problems facing Nigeria:

Nigeria’s projected revenue is #10 trillion but the country operates a total annual budget of #17 trillion, with a #4 trillion budgeted for 2022 oil subsidy and #6.7 trillion estimated for 2023 oil subsidy.

According to the Debt Management Office (DMO) Nigeria in 2021 borrowed #6.64 trillion in foreign loans from which #2.93 trillion was used to service foreign debts.

As of March 2022, Nigeria’s Public Debt Stuck (NPDS) rose to #39.56 trillion – a situation that will ultimately force the country to spend all of its revenue on servicing of foreign debts alone.

Lamentably, the NNPC in September 2022 told Nigerians that 94% of revenue from oil earnings in August 2022 was spent on subsidy payments.

Nigeria is the 7th biggest oil producer in the world and with no single functional refinery in decades.

Therefore, domestic consumption has to be met by massive importation of the product.

According to Finance Minister Zainab Ahmed, Nigeria will be spending as much as #6.72 trillion on subsidies in 2023.

Incidentally, the Buhari-led APC government has so far spent a whopping $26.5 billion for Turn Around Maintenance (TAM) of the dead three (3) refineries.

How and why will Nigeria with a total annual budget of #17 trillion use a whopping #4 trillion in 2022 and #6.7 trillion in 2023 for subsidy despite a projected revenue of #10 trillion only?

Why and how did the Buhari-led APC government spend a whopping $26.5 billion for Turn Around Maintenance of dead refineries when less than this amount could have been used to build three (3) new refineries with the same refining capacity in the same locations of Port Harcourt, Warri, and Kaduna?

To say that Nigeria is a failed state is an understatement.

Little wonder, Nigeria is globally ranked as the 3rd most terrorized country in the world (World Terrorism Index 2020).

Never in the history of Nigeria have terrorists, Boko Haram, herdsmen, bandits, and gunmen taken over the entire country from 2015 to 2022.

Nigerians have been forced to flee/abandon their homes, villages, communities, and towns for safety. Agricultural activities have been abandoned and hunger/famine has been devastating.

The Military is not only compromised but overwhelmed.

The total collapse of the education system in Nigeria with the highest number of over 20 million out-of-school children is not only counterproductive but unacceptable.

Primary and Secondary Schools across the country have remained closed due to terrorism and kidnapping.

It is equally unfortunate that public Universities have not had any academic activities since from February 2022.

Nigeria’s yearly budgetary allocation for education falls far too short of UNESCO’S benchmark of 20% of a country’s annual budget.

Furthermore, one wonders why a government will allegedly spend the sum of #228 billion on school feeding even when schools had remained shut during COVID 19

One of the 4-point agenda the APC presented in her manifestoes to Nigeria before the 2015 election is the war on corruption.

Lamentably, this government is the worst ever in the history of the corruption fight in Nigeria:

(a) Transparency International in its 2021 Corruption Perception Index (CPI) ranked Nigeria as low as 154th position out of 180 countries surveyed.

(b) Some very top senior politicians working hard for the actualization of the APC re-election and continuity in power in 2023 are alleged to have pending corruption cases worth billions of dollars.

Revelations in the public domain show that the figures involved in these various graft cases pending before security agencies especially the EFCC range from #223 million to #100 billion for each of these politicians.

Regrettably, most of these corrupt politicians who were members of the PDP had defected to the ruling APC in order to allegedly escape the dangling axe of the EFCC from falling on them, an allegation that paid credence to the public statement by erstwhile APC Chairman Adams Oshiomhole that any politician who defects to APC will have his “sins forgiven.”

(c) The corruption case against the Accountant General of the Federation, Ahmed Idris who is being investigated for looting about #109 billion in 2022.

(f) Other corruption outlets in the government include ownership of the oil and gas business, tax regime and revenue collection in MDA’s, election and vote rigging, governmental appointments, nepotistic policies, fake/ghost workers, etc.

PREVIOUS REVOLUTIONS AROUND THE WORLD

This Revolution which began from 1789 to 1799 was a radical political and social movement that changed France from a Monarchy to a Republic, and the abolition of feudalism.

Causes of the French revolution:

The causes of the revolution were social, political, and economic stagnation which the existing regime led by Louis XVI proved unable to manage:

Beginning in his native home country Poland, John Paul II’s peace revolution got a starting boost from Lech Walesa, a dependable ally and labor leader of the workers union of the popular Polish Solidarity Movement.

The next great and powerful world leaders that Pope John Paul II “recruited” were US President Ronald Reagan and Soviet leader Mikhail Gorbachev.

The trio had a series of meetings to bring peace to the world at the Vatican, at the White House, and at the Kremlin.

With these powerful world leaders on his side, the stage was set for a series of John Paul II initiated World Peace Revolutions as follows:

(a) The fall of the Berlin Wall in November 1989. This wall divided and separated Germany into two countries of Western and Eastern after World War II.

Pope John Paul II’s peaceful diplomacy with world leaders led to the eventual German reunification as one country in October 1990.

(b) The collapse of the Cold War was actualized, and the fall of the Iron Curtains was unveiled between the Soviet Union and the USA.

This epoch-making event eventually led to the collapse of the mighty Soviet Union, thereby paving the way for the balkanization/breakaway of several countries that were hitherto forcefully held in that union called the Union of Soviet Socialist Republic (USSR) (remember that Ukraine was one of those countries)

(c) Pope John Paul II is credited with inspiring political reforms that led to the political regime change of dictatorial governments across the world.

This was affected by his visitations to those countries through peaceful dialogue between governments and contending groups/parties. For example:

(i) Collapse of communism in Poland and all of Eastern Europe.

(ii) In Chile General Augusto Pinochet’s regime was replaced leading to the witness and restoration of democracy in that country.

The Pope visited Chile in 1987 and 1988, holding peace talks with both the dictatorial Pinochet junta and the opposition freedom groups on how to restore democracy and reconcile the country ravaged by widespread human rights abuse, assassinations, and disappearance of opposition elements.

These efforts paved the way for the election of Patricio Aylwin in 1990.

(iii) As for Haiti, the Pope’s peace visit in 1983 open up the country for democratic changes in order to address the problems of inequality, hunger, human rights, and other abuses leading to social change.

The Pope also pleaded with Abacha during a series of peaceful dialogues for the release of 60 political prisoners including General Olusegun Obasanjo who was imprisoned by the Abacha junta for treasonable offenses.

After that visit, God took care of events in the country and freed Nigeria from the clutches of tyranny.

Abacha died in June 1998, General Abubakar Abdulsalam came in with political reforms, Obasanjo was moved from prison to presidency, and Nigeria has been enjoying an unbroken democratic dispensation since 1999.

Watch out for Part II