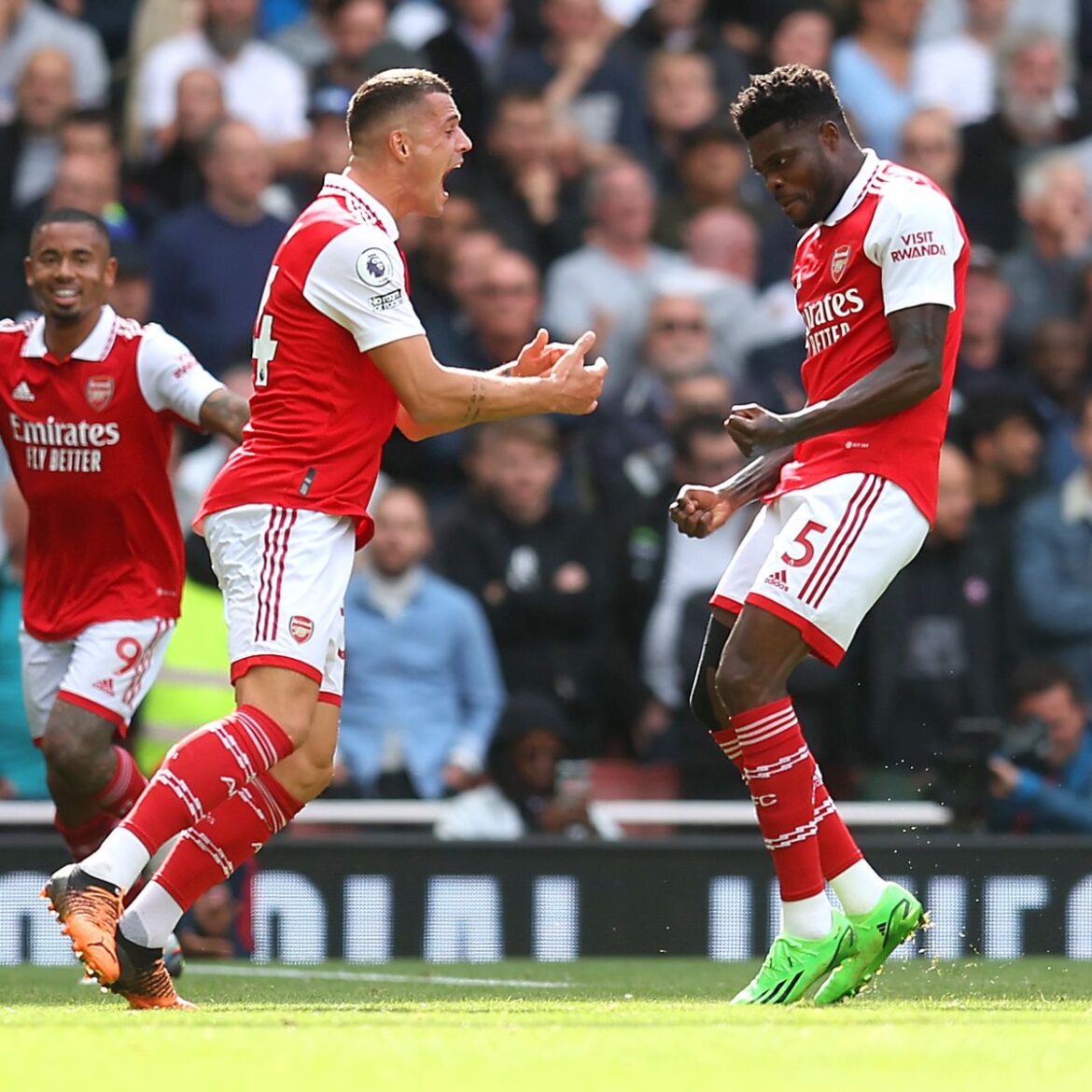 The Emirates was jumping at the end of Arsenal’s 3-1 win over Spurs – so who starred for Mikel Arteta and who let Antonio Conte down?

North London is red once again!

This was game was billed as being too tight to call by many but, in the end, Arsenal proved far too good for their neighbours as they cruised to a 3-1 win over Tottenham at a cauldron-like Emirates Stadium.

Mikel Arteta’s side were excellent throughout, barring a nervy spell at the end of the first half when they gifted Spurs a goal via the penalty spot.
The hosts had dominated up until Harry Kane’s equaliser, deservedly opening the scoring with a stunning strike from distance from Thomas Partey.

To their credit, Arsenal brushed off the disappointment of conceding the penalty by restoring their lead just four minutes into the second half, with Gabriel Jesus tapping home after a horrible error by Hugo Lloris.

Then, after Emerson Royal had been sent off for a nasty challenge on Gabriel Martinelli, Granit Xhaka struck to make sure of the points, and maintain Arsenal’s position at the top of the table.
(Goal)