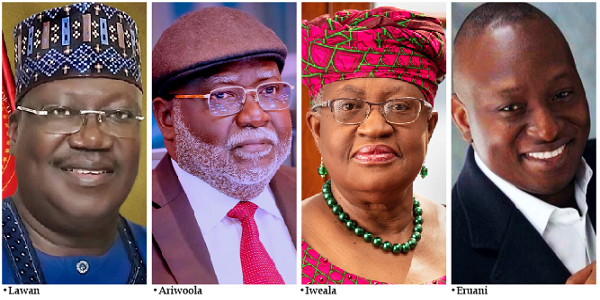 Senate President Ahmad Lawan, the Chief Justice of Nigeria, Justice Olukayode Ariwoola, and his predecessor, Justice Tanko Muhammad are to be conferred with the Grand Commander of the Order of the Niger (GCON).

The list of nominees for the National Honours Award 2022 shows that House of Representatives Speaker Femi Gbajabiamila, Deputy Senate President Ovie Omo-Agege, Secretary to the Government of the Federation, Mr. Boss Mustapha; Head of Service, Dr. Folashade Yemi-Esan, renowned businessman and founder/Chief Executive Officer of Azikel Refinery, Dr. Eruani Azibapu, will be conferred with the honor Commander of the Order of the Federal Republic (CFR).

Others are some Justices of the Supreme Court, traditional rulers, renowned bankers, and other distinguished Nigerians like the Chairman of Zenith Bank PLC, Mr. Jim Ovia, Chairman of United Bank of Africa PLC, Mr. Tony Elumelu, and the CEO and Group Managing Director of Access Bank PLC, Mr. Herbert Wigwe.